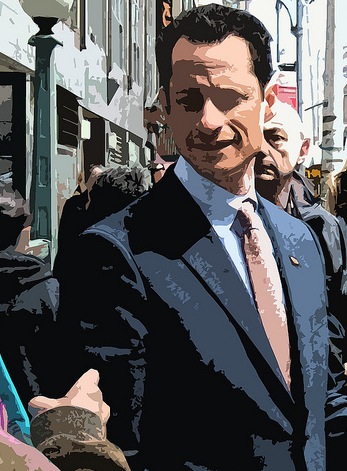 The beginning of summer has been quite eventful for us guys. Like Shakespeare’s “winter of our discontent,” 2011 seems to be shaping up as the summer of our disarray.

From Charlie Sheen’s public meltdown to Weinergate, it’s been a steady parade of men behaving badly. The summer’s been a spectacle of the sordid.

The revelations of ex-Governor Arnold Schwarzenegger’s alleged affairs with the household help, Dominique Strauss-Kahn’s rape charges stemming from his “encounter” with a room attendant in New York’s Sofitel hotel and now Representative Anthony Weiner’s sexting scandal have produced a series of mindless moralizing, tired stereotypes about “men” as a group as well as unbearably pious pontificating about the behavior of other people.

Men are dogs; little heads lead big heads. Such broad-brush comments miss the point entirely. Most men who hold political office manage to keep their zippers zipped, except with their partners. Most are psychologically stable and sexually faithful. Nothing tawdry about Obama, right?

But we’re baffled as to why so many smart men seem to act so utterly stupidly. It’s a tough question. So we lump all men together.

Instead, propose that we treat the question like a knitting problem. When you have a difficult knot in a skein of yarn, you don’t pull on the ends. That only makes it tighter. Gently shake the entire skein and let in some air between the strands. Then you can see how the knot is tied, and thus identify some ways to loosen it.

Let’s disentangle, shall we?

Yes, there are some superficial similarities among the three cases–all involved penises, for example. But the differences stand out more sharply.

Arnold Schwarzenegger seems to have had what were called “consensual” relationships with various women who worked for him and his household over the years. As a university professor, this notion of consent sounded familiar: like those “consensual” relationships between professors and students that have been highly–and rightly–problematized in the last few decades. Yes, on the surface, both people seemed to be interested in a relationship, but the power imbalance between governor and household staff makes assertions of consent less than credible. That’s why such consensual relationships between teachers and students are more than simply frowned upon; they’re prohibited. The power difference so distorts the dynamic as to make consent–as in the mutual agreement between equals–impossible.

While Schwarzenegger’s behavior was perhaps disgraceful, it doesn’t even come close to that of Dominique Strauss-Kahn. His actions were apparently criminal. Leaping from the bathroom and shouting “Ta-Da!” at some unsuspecting room attendant, and then proceeding to sexually assault her–as he has been charged, and is now accused of doing several other times–may be on the same sexist continuum as the ex-Governator’s “coercively consensual” encounters, but it is way further down that slope. DSK is allegedly a “stranger rapist”–the guy who jumps out from behind a bush and assaults a woman he doesn’t know. Claiming that as consensual is like claiming I made a voluntary contribution to a stranger’s personal charity when held at gunpoint at my local ATM.

Congressman Anthony Weiner’s behavior may be the least comprehensible of all. Schwarenegger purportedly had sex (and fathered a child) with the woman in question under circumstances that could be called “coerced consent.” DSK apparently intended to have sex with the room attendant, and, indeed, is charged with then sexually assaulting her.

But Weiner sent half-naked (or more revealing) pictures of himself to women he had never met or barely knew, and with whom he probably had no intention of ever meeting or ever having sex. WTF is up with that?

His behavior is less cyber-stalking and more like cyber-flashing. Weiner is the guy in the subway opening his raincoat and shouting, “Look at me!”

Unlike DSK, he only wanted them to look. Not to touch. More accurately, he wanted to be seen. For the exhibitionist, Twitter is the 21st century subway station.

A little context. Weiner is recently married and his high-profile wife, Huma Abedin, is now expecting their first child. Is it possible that he suddenly felt, as many men have claimed before him, that their wedding and imminent arrival of the baby were a kind of funeral, rendering him suddenly invisible as a guy, a player, a real man? It’s the moment of transition from Guyland to Manhood.

I’m not endorsing this perspective, mind you, just trying to understand how someone so bloody smart could do something so unbelievably stupid–and now, inevitably, politically suicidal.

Anthony Weiner seems to be a high-tech exhibitionist, a cyber-flasher. Like other exhibitionists, he doesn’t want sex, he wants to be seen–as potent, as powerful, as a guy who still has it.

Of the three, Weiner’s ego-driven idiocy feels easiest to cope with. While it’s obviously up to men to restrain themselves from such boorish behavior, several women I know have suggested ways to respond. Several years ago, a woman I know was flashed on a relatively empty subway car as it pulled into a station. While the experience was distasteful, she sensed she was not in danger of sexual assault; shock was the guy’s motive. She looked at him squarely in the eye and said “You should be ashamed of yourself.” “I am,” he admitted, as he scurried off the train.

Another friend told me what she’d been advised to do in case such a thing ever happened to her. Express no shock, but say slowly and calmly, “Why, that looks just like a penis. Only smaller.”

Photo from Tony the Misfit under Creative Commons 2.0.

Who Fills In the Gaps During a Pandemic? Teenage Girls

No Shame On You: Is Humiliation Gendered?

Sex Sells—But Why? and How? Author Maria San Filippo on Sexual Provocation in Film and TV
Financial Education Won’t Fix Poverty. We Need Structural Change.
Who Fills In the Gaps During a Pandemic? Teenage Girls