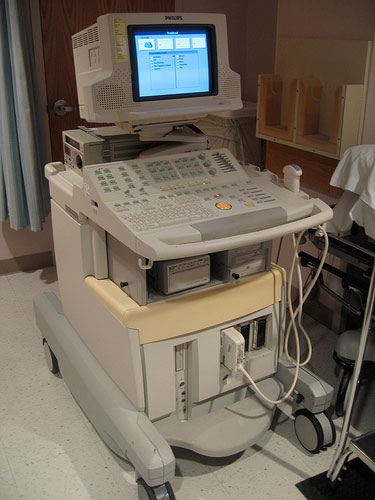 In a challenging time for reproductive rights in the U.S., it’s a relief to occasionally read a bit of good news. So here it is: Late last week, a federal court blocked South Dakota’s new anti-choice law, which would have required women to wait 72 hours–the longest, most extreme waiting period in the country–before getting an abortion. It would also have forced women seeking abortions to first attend counseling at an anti-choice crisis pregnancy center (CPC).

The bill had been signed into law in March by conservative Gov. Dennis Daugaard, but was challenged (PDF) by Planned Parenthood Minnesota, North Dakota, South Dakota (PPMNS), along with the ACLU. PPMNS President and CEO Sarah Stoesz called it a “blatant intrusion by politicians into difficult decisions women and families sometimes need to make.”

The language of the bill was right out of 1984:

An Act to establish certain legislative findings pertaining to the decision of a pregnant mother considering termination of her relationship with her child by an abortion, to establish certain procedures to better insure that such decisions are voluntary, uncoerced and informed, and to revise certain causes of action for professional negligence relating to performance of an abortion.

Forcing a woman to divulge to a stranger at a pregnancy help center [CPC] the fact that she has chosen to undergo an abortion humiliates and degrades her as a human being. The woman will feel degraded by the compulsive nature of the Pregnancy Help Center requirements, which suggest that she has made the ‘wrong’ decision, has not really ‘thought’ about her decision to undergo an abortion, or is ‘not intelligent enough’ to make the decision with the advice of a physician. Furthermore, these women are forced into a hostile environment.

Unfortunately, South Dakota is but one front in a growing state-by-state war on women’s rights. Last Tuesday, the Heartbeat Bill (HB 125) was passed 54-43 in the Ohio House, banning abortion of fetuses with detectable heartbeats–which can be as early as six weeks into a pregnancy. Earlier this year, a nine-week-old fetus “testified” in support of the bill. Said Democratic State Rep. Robert Hagan of the bill, which makes no exceptions for rape or incest, “A fetus now has more rights than a woman.” The bill will now move to the Republican-controlled Senate, and if passed there will go to Republican Governor John Kasich’s desk.

In another blow to a woman’s right to choose, Florida’s mandatory ultrasound law officially went into effect last week, requiring pregnant women to receive an ultrasound before going through with their planned abortions. Women can opt out only if they can prove they were victims of rape, sex-trafficking, incest or domestic violence–hence the nickname “proof-of-rape bill” given to it by pro-choice proponents.

A similar law passed in Texas is being challenged by the Center for Reproductive Rights. It would require a woman planning an abortion to have an ultrasound, to have the fetus she’s carrying described to her in detail and to also be forced to listen to the fetal heartbeat.

These laws are imposed on top of other existing roadblocks to safe, legal abortions. And new strategies for dimming the legal rights granted by Roe v. Wade without actually overturning the Supreme Court decision continue to be rolled out. In Kansas, as Ms. reported last week, the latest angle is to come up with ridiculously stringent facility requirements in an effort to shut down the state’s three remaining abortion clinics. Fortunately, as in South Dakota, the court has put those requirements on hold with a temporary injunction. But stay tuned.

Ms. magazine will continue to follow these stories as they develop. Read more about new draconian anti-abortion legislation in the upcoming Summer issue, available on newsstands August 2, or delivered right to your doorstep.