Apparently Richard Dawkins Is a Jerk and Miscarrying Is a Crime: Editors' Picks, July 3-July 9 - Ms. Magazine
Skip to content 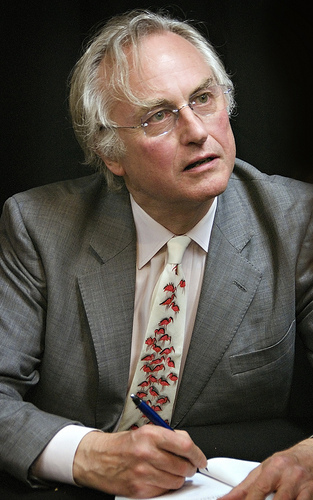 World-renowned evolutionary biologist/atheist/smarty-pants Richard Dawkins showed his true colors this week (which, one assumes, are the colors of the official flag of privilege) when he instigated a comment war with feminists after leaving a particularly clueless and vile sarcastic response to a post on activist Rebecca Watson’s blog. The Atlantic Wire has the play-by-play.

A 15 year-old Mississippi girl is currently facing life in prison on murder charges for having a miscarriage. AlterNet reports on the latest frontier in the war on abortion–the criminalization of pregnant women.

This week in The Guardian, Meredith Tax asks if Afghan women can count on Hillary Clinton to make sure women’s rights in Afghanistan are no longer regarded as simply a “special interest” as the U.S. engages in talks with the Taliban.

Jaclyn Friedman gets to the heart of the DSK case and the media’s coverage of it, asking:

Why are we so unwilling to consider the possibility that an imperfect, possibly criminally-involved woman, whose status in the U.S. is precarious at best, was raped on the job by a very powerful man?

Unlike Friedman, not everyone can hold those two ideas–that a woman might have lied and she also might have been raped–at the same time. DSK has his staunch defenders, like Bernard-Henri Lévy, who’s been busy this week explaining why we’re wrong about his pal.

At Sociological Images, there’s a global progress report on the status of women in the form of several informative infographics.

The American Independent reports on a case we’ve been following from the beginning–that of notorious anti-abortion extremist Flip Benham. Benham was convicted last week of misdemeanor stalking after plastering an abortion provider’s face and name on WANTED-style posters in Charlotte, N.C. Benham’s extremist counterparts are apparently unfazed by the conviction; Operation Rescue is gearing up for the “Summer of Mercy 2.0,” a seven-day event in Germantown, MD, targeting Dr. LeRoy Carhart, former colleague of the late Dr. George Tiller, and his abortion clinic later this month. Abortion rights and clinic defense groups, including the Feminist Majority Foundation (FMF), will be there to counter-protest and help provide defense for the clinics, doctors, staff and patients. You can support the FMF’s clinic-defense efforts here.

ABOVE: Richard Dawkins at a signing for his book The Greatest Show on Earth at Kepler’s Books in Menlo Park, CA. Photo from Flickr user Mark Coggins under Creative Commons 2.0