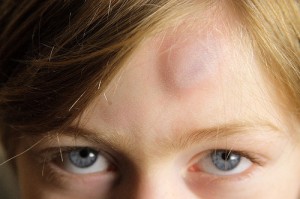 Last week, the Boston area was shocked to hear that the body of Wayland, Mass., high-school graduate Lauren Astley, 18, was found in a marsh in what looks to be an act of teen domestic violence that occurred after Astley ended a three-year relationship with her boyfriend Nathaniel Fujita. As if this wasn’t awful enough, the Boston Globe interviewed a cross-section of Boston area teens and found that, despite the recent tragedy, many of them think they’re “too young” to worry about dating violence.

The Globe reported that many teens believe that relationships are too casual at their age to incite the kind of emotional intensity that results in violence. Relationship advice from health teachers and guidance counselors was described as “sporadic,” perhaps because adults also assume that teens are “too young” for dating violence. The sad truth is they aren’t.

Teen domestic violence falls under the broader category of dating abuse, which includes physical, sexual, verbal and emotional abuse. The Centers for Disease Control’s 2009 nationwide Youth Risk Behavior survey revealed that 9.8 percent of high school students reported being purposefully hit, slapped or physically hurt by their significant other in the past year. The Love Is Respect campaign says that number is closer to 20 percent. Also, according to their 2007 survey, one in three teens know someone who has been physically hurt by a partner.

Now that almost every teenager has access to Facebook and cell phones, dating abuse is happening is less familiar ways. According to Love is Respect’s survey, one-third of teens report receiving 10, 20 or even 30 texts an hour from their partner, asking where they are and who they’re with. This issue was publicized in the memorable 2009 “That’s Not Cool” PSA, co-created by Futures Without Violence (formerly Family Violence Prevention Fund), the Department of Justice’s Office on Violence Against Women and the Advertising Council.

The “Love is Respect” and “That’s Not Cool” campaigns are great examples of the work being done on this issue at the national level. There’s also innovative work being done locally, such as the Boston Public Health Commission’s “Start Strong” initiative. It recruits older teenage volunteers to teach healthy relationship skills to 11- to 14-year-olds.

So often with rape and sexual assault, the burden of prevention is placed on the would-be-victim: Don’t walk alone at night, don’t leave your drink unattended, etc. While it is absolutely crucial to educate teens to the signs of dating abuse and encourage them to get help when they see or experience it, however, it is also important to target prevention efforts at future abusers. Tumblr user No, Not You wrote a satiric list of “guaranteed to work” Sexual Assault Prevention Tips that flipped the conventional approach on its head, with tips like, “Don’t put drugs in people’s drinks to control their behavior,” and “When you see someone walking by themselves, leave them alone!”

Still, despite the visibility of national campaigns and local initiatives, there are plenty of teens and parents who just don’t see domestic violence as a teen issue, even when it cuts short the lives of young people. Cases of extreme violence are seen as anomalies, when in fact they represent the far end of a long and varied continuum of abuse. It’s hard for teens and their parents to see the more subtle forms of abuse such as name-calling or controlling behavior as linked with extreme violence, but they are. Teen dating abuse is not only common, it escalates, becoming increasingly violent as time passes. We do young people a disservice if we think of Astley’s murder as an isolated incident; this should be the takeaway as we hear her story and mourn her loss.