A Russian Front in the Abortion Wars - Ms. Magazine
Skip to content 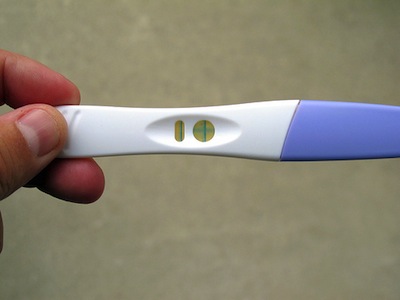 In June, The New York Times’ Sophia Kishkovsky published a piece about alarming news that’s been buzzing in reproductive rights circles for the last couple of weeks–Russia has embraced its very own anti-choice movement, and it looks strikingly like ours here in the U.S.

This is not news to me. I encountered the nascent Russian anti-choice movement 20 years ago when I attempted to open the first feminist medical center in Moscow: Choices East. My desire to create a Russian version of New York City’s Choices Women’s Medical Center was sparked by an encounter with a 35-year-old Russian woman who came to me for her 36th abortion. At that time, abortion was the major form of birth control in the former Soviet Union, and many immigrants had 10 or 20 before coming to Choices. I listened in mute rage to one story after another of lives blighted by sexually transmitted diseases, domestic violence and hopelessness. For these women, the issue of abortion posed no questions of morality, ethics, or women’s rights versus fetal life. My patient regarded her multiple abortions pragmatically, as a way of “just getting cleaned out.”

Like so many of her compatriots, she was violently opposed to using birth control. Most Russian gynecologists promoted the idea that the pill caused cancer and preached the virtues of repeat abortions. Of course, the fact that many of them subsidized their three-dollar-a-month salaries by doing abortions on kitchen tables might well have had an influence on their thinking.

The only locally produced contraceptive devices were condoms, but these were so poorly made that they were called “galoshes,” and few men consented to using them. The two most popular forms of birth control for women were douching with lemon juice and jumping on cardboard boxes when their periods were late.

The slogan of many pro-choice activists in the US—“Abortion on demand and without apology”—was a reality in Russia, but it had little to do with freedom and privacy and a lot to do with state oppression and coercion.

I visited obstetric wards empty of patients and was told that 1 in 3 women who sought second trimester abortions in hospitals died from infections. One woman confided that the brutality of the state maternity wards was Russia’s most effective means of family planning.

When I attempted to bring birth control pills and condoms and to insert the first Norplant, I was violently attacked in the press. Calling my plans to set up a women’s clinic in Moscow with state-of-the-art abortion care an “anti-Russian ploy,” Alexander Sterligov, former KGB general and leader of the Russian National Assembly, was quoted as saying, “We will not put up with Russians having more coffins than cradles.”

By the early 1990s, mirroring the growth of the American anti-choice movement, tapes of Jerry Falwell and Jimmy Swaggart had already aired on Russian television, while an anti-abortion conference in Moscow boasted 500 attendees.

Twenty years later, these sentiments have metastasized into new attempts at legal restrictions, American-style pickets at clinics and appropriation of the English word pro-life. It’s evident that Russia has caught onto American anti-choice tactics in its continuing assault on women.

The current Russian anti-choice campaign touting the protection of “life” is a smoke screen for the same old state/Church philosophies insuring power and control over women’s bodies. When Stalin criminalized abortion in 1936, a fetus’s right to life was not the agenda; the agenda was to populate Russia with soldiers to counteract Hitler’s rising militarism. In all of these calculations, women are the losers. True reproductive freedom is never under consideration. And so women make the choices they have to make.

Unfortunately, I never got to build my medical center. There were some brave Russian feminists who worked with me on presenting an open statement to Boris Yeltsin decrying the state of women’s health—but after that, the real work of saving women’s lives and bringing choice and dignity to Russian women had to be put on hold, as I document in my forthcoming memoir, Intimate Wars.

I hope Russian feminists will take heed and stand up against the anti-choice movement before it destroys the health and lives of current and future generations of women.

This piece is cross-posted from Gender Across Borders

It also appears on Fem2pt0, a site intended for all women interested in better policy for women, families and society.

Merle Hoffman is an award-winning journalist, author, activist, political organizer and women's health care pioneer. She is the Publisher and Editor-in-Chief of On The Issues Magazine and the Founder, President and CEO of CHOICES Women's Medical Center, one of the nation's largest and most comprehensive women's medical facilities. Her memoir, Intimate Wars : The Life and Times of the Woman Who Brought Abortion From the Back Alley to the Board Room, to be released in January 2012 (Feminist Press), is a personal account of the history of abortion rights and her critical role in the reproductive rights movement.