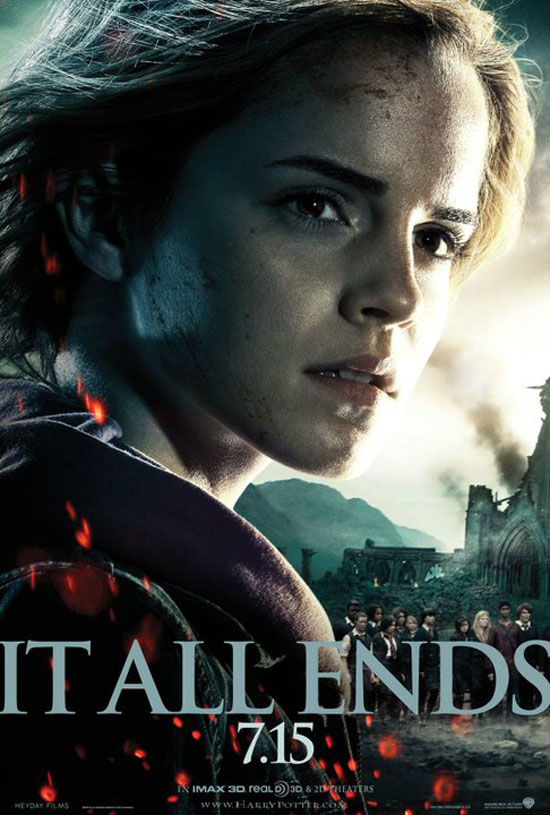 1. Patriarchy is evil. And it can be destroyed

Voldemort is the face of patriarchal evil, and the final film depicts him repeatedly as an oppressive father-figure. Snake-daddy extraordinaire, he covets power over others and uses such power to oppress. Like the many headed-hydra that patriarchy has been compared to, he has split his soul into a systemic and widespread matrix that makes him hard to beat. But also, like patriarchy, he can be overthrown. Such overthrow, of course, will need to draw on other feminist lessons.

2. The personal is political.

Sure, Harry’s quest is largely a personal one, set in motion by Voldemort’s personal vendetta against him, but it quickly becomes apparent that the stakes of this battle include not just Harry but the entire wizarding (and Muggle) world. In the final film, we see various instances of how personal relationships and choices reverberate with wider political implications. For example, when Harry insists on saving Draco, this selfless act ricochets in unexpected but positive ways.

And when Harry, with Ron and Hermione watching, finally chooses to destroy rather than keep the Elder Wand, the world’s most powerful wand, he denounces oppressive power. This profoundly political act underscores a core message of the saga: Power leads to corruption. Further, having Ron and Hermione witness his choice reminds us of the communal nature of Harry’s triumph: Harry no longer stands alone as “the boy who lived,” their triumph means a new, more equitable world can live on.

3. The “Smurfette Principle” needs killing along with Voldemort.

In her classic 1991 article “The Smurfette Principle,” Katha Pollitt argued that in the majority of media,

The message is clear. Boys are the norm, girls the variation; boys are central, girls peripheral; boys are individuals, girls types. Boys define the group, its story and its code of values. Girls exist only in relation to boys.

But in Deathly Hallows: Part 2, girls are not a variation nor are they singled out as girls; rather, they are equally as vital, strong, smart and, sometimes, as evil. As noted at This Girl on Girls, this is in keeping with the spirit of the books, wherein

JKR [author Rowling] did not go out of her way to make women seem stronger and superior to men in the book, but rather wrote a series that showed men and women as equals—they can be equally evil, equally smart and equally brave.

In this final film, Hermione, my favorite female character, is not like “a passenger car drawn through life by a masculine train engine” (as Pollitt describes the majority of young female characters). She is a full-blown engine herself, pulling Ron and Harry out of the Gringotts with her dragon-riding idea, and helping Harry bring down Voldemort full-steam throughout. Do I wish she had more screen time? Sure. But the close of the saga happily gives us many females that are a far, far cry from Smurfettes.

4. The privilege/power matrix results in systematic oppression and relies on everyone participating.

As Allan Johnson writes in “Patriarchy, The System” “none of us can control whether we participate, only how. …” The birdcage aspects of this patriarchal system confine our actions and create barriers, yet the system functions as if under a cloak of invisibility, powered by forces beyond our vision or grasp. In Deathly Hallows: Part 2 we see, repeatedly, that for the evil patriarch Voldemort to thrive he needs a whole army of minions carrying out his bidding. Likewise, in order for Harry and Co. to escape the cage within which they are ensnared, they must revolt en masse. Together, those who wish to change the system must endeavor to destroy all the bars of the cage.

The destruction of the final Horcruxes offers a powerful lesson–if you only attack one bar, or one Horcrux, the cage (or evil) ultimately remains in place. Much like feminism must work to bring about equality on all fronts–race, class, gender, age, class, ability, and so on–so, too, must our valiant Harry Potter characters work to destroy all bars of the cage that Voldemort has created. Moreover, the fact one of these “bars” is within Harry leads to the next lesson:

5. There is evil within us all.

As we all participate in patriarchy, whether we like it or not, so too are we all shaped by its pillars of racism, sexism, homophobia, etc. We cannot grow up in this cage entirely untouched by the shit on the floor, so to speak. In the final film, we learn Harry has a bit of Voldemort inside of him–that even the boy wizard of good has evil aspects. He must first realize that evil is part of him before he can get rid of it, much like we must admit our own biases and privileges before we can foment an effective movement. We must, like Harry, acknowledge our weaknesses and draw on our allies to help us become better, more effective agents of change.

At the opening of the film, a scene with Griphook, a pointy-toothed goblin, reminds us that help can come from unexpected places. Later, Neville Longbottom surprisingly saves the day. While most movements have their icons, they cannot survive and thrive without unexpected allies, or without the support of diverse masses. Harry is the icon, but he could not succeed without allies such as Neville and the masses of Hogwart supporters. The ultimate triumph the film closes with would not have been possible without a diverse array of characters offering their different strengths and knowledge, from the professor powerhouse McGonagall to the super-protective, overly emotional mom Mrs. Weasley, to the timid-turned-brave Neville, to the loony Luna, to the giant and giantly indispensible Hagrid.

And let us not forget Snape, whom we think is evil for the majority of the saga, but whom this final installment reveals to be one of Harry’s ultimate allies. This lesson is further driven home in the final moments of the film, when Harry’s son worries about being placed in Slytherin and Harry assures him that Severus, from Slytherin, was one of the bravest people he knew. Named after Albus Dumbledore, Severus Snape and Harry Potter, Harry’s son represents a union between the original warring houses of Gryffindor and Slytherin, emphasizing that those we assume to be enemies can, under the right conditions, become allies.

In my favorite line from the film, Dumbledore tells Harry, “Words are … our most inexhaustible form of magic.” Of course, the entire saga has emphasized the power of language through its focus on powerful spells and incantations, as well as through revealing how game-changing words that are shared–or withheld–can be. This final film beautifully brings home this point by emphasizing the importance of listening. It is perhaps the quietest of the eight films, with many scenes of key dialogue shared in hushed tones.  Words are, we learn, a powerful magic that bind us to the past and help us to build a better future–as the words shared with Harry via the medium of Snape’s tears so powerfully reveal.

As the words captured over the course of seven books and eight films come to a triumphant close, may we all remember that words are indeed magical, and with them–along with diverse allies and political conviction–we might just be chosen to wield our own personal wands.