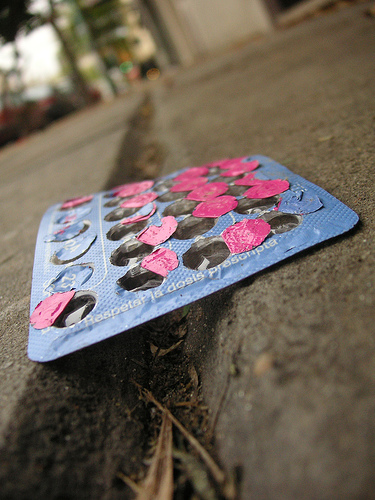 In a huge victory for women’s health, an Institute of Medicine (IOM) report today advised that birth control and seven other women’s health services should be considered “preventive care” and be covered by health insurance with no co-pay.

The institute’s recommendations for no-cost coverage also include yearly preventative-care visits; lactation counseling and equipment; gestational diabetes testing; STI, HPV and HIV screening; and screening to detect and prevent domestic violence. The birth control recommendation covers all FDA-approved contraceptive methods, including sterilization and the “morning-after pills” Plan B and Ella.

The report was commissioned by the Obama administration to determine what preventative health services are essential to women’s wellness and should be co-pay-free. The IOM, the health-care arm of the National Academies, “works outside of government to provide unbiased and authoritative advice to decision-makers.” The institute’s opinion is generally considered unimpeachable; authors of this report include some of the most respected national experts in gynecology, women’s health and public health.

The recommendations will be reviewed by Department of Health and Human Services, and could be approved as early as August 1.

“These recommendations are historic,” says Feminist Majority Foundation President and Ms. Publisher Eleanor Smeal, “They’re the result of more than 40 years of persistent advocacy by the women’s health movement—as well as the improved status of women and the leadership of the Obama Administration.”

Department of Health and Human Services Secretary Kathleen Sebellius, too, called the report historic, saying, “Before today, guidelines regarding women’s health and preventive care did not exist.” If she approves and posts these guidelines, after a one year waiting period new insurance plans will be required to cover these preventative health measures for women, including birth control coverage at no additional cost. By 2018, the rules will be applied to all insurance plans.

Despite what’s been reported by some over-jubilant media outlets today, this doesn’t truly amount to free birth control. Yes, insurance will cover all birth-control costs, but women still have to pay for insurance. (That’s in contrast to countries like France, which gives out direct vouchers for free birth control).

However, once the Obama health care plan takes effect, the percent of insured Americans is expected to go from 82 percent to 95 percent by 2016. That’s a lot more people with no-cost birth-control access, and a game-changer for women’s rights.

Five Lessons the AIDS Epidemic Can Teach Us About COVID-19