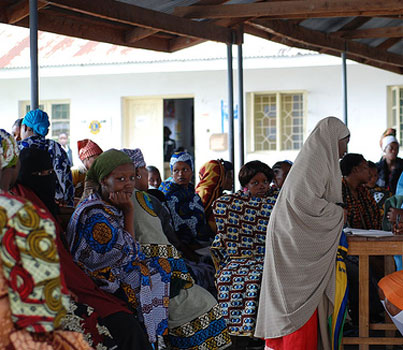 The Republicans have been awfully busy in their domestic war on women lately, but they’ve still found time to relaunch its global front. Yesterday a House committee voted to reinstate the Global Gag Rule. The rule, overturned by Obama during his first week in office, prohibited global NGO’s from receiving U.S. Agency for International Development (USAID) funding if they provided, promoted or even mentioned abortion-related services. In the 27 years since it was first introduced, it is estimated to have caused thousands of deaths by increasing the rate of illegal abortions.

The Global Gag Rule has been on-again-off-again ever since it was instated by President Ronald Reagan in 1984. Clinton rescinded it in 1993; Bush reinstated it in 2001; Obama abolished it in 2009 as one of his first acts as president. Now, it’s rearing its ugly head again. The Republican-controlled House Foreign Affairs Committee voted yesterday to tack it onto a State Department funding bill. If passed, it will once again deny women basic reproductive rights and undermine doctors’ ability to be honest with low-income women around the world about their medical options.

New Jersey Republican Representative Chris Smith said Republicans are pushing the gag rule in the sweeping foreign aid bill because, “Every human life is precious, and sacred and worthy of respect. No one, I say again, no one is expendable.” Ironically, the bill would have exactly the opposite effect, causing preventable deaths of women around the world from illegal abortion. It is estimated that 70,000 women die every year from unsafe abortion.

As Ms. has reported, USAID is a key distributor of family planning aid; you can imagine, then, the immense effect a gag rule has on global health programs. It puts NGOs between a rock and a hard place, making them choose between compromising patient care and losing funding. Under current law, international health organizations are already banned from using U.S. funding for abortion services. The gag rule then cuts off organizations that provide such services–with their own money–from receiving any funding for their numerous other reproductive health services.

The ranking Democrat on the committee, Rep. Howard Berman [Calif.], who fought the re-imposition of the gag, tells RhRealityCheck that this is the most draconian version of the rule ever proposed:

[The rule creates] provisions… far more extreme than any policy that was implemented under Presidents Reagan, George Bush, or George W. Bush. Even President George W. Bush exempted HIV/AIDS assistance from the Global Gag Rule restrictions …. The language in the bill not only bars family planning assistance to local health care providers in poor countries, it bars ALL assistance to such organizations–including HIV/AIDS funding, water and sanitation, child survival, and education.

The potential cut to funding comes as part of a marathon House session in which funds to many international organizations are being slashed.

The bill will go next to a full House vote. You can urge your Congress member to save the lives of thousands of women by putting women’s health above politics and voting against the gag.