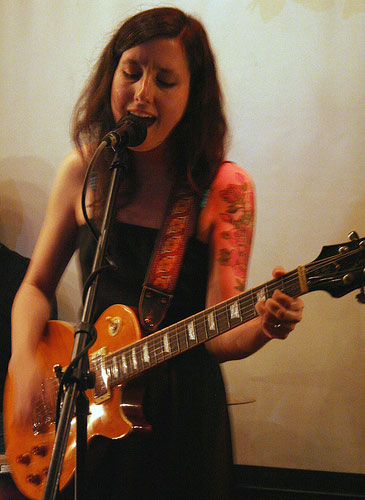 Another week, another collection of amazing feminist events that make me wish more than ever that I could be in multiple places at once! Hopefully one (or more) of these events is happening near you.

San Francisco: A book release party for the new Land of the Unconquerable: Lives of Contemporary Afghan Women celebrates the collection of wide-ranging, deeply reflective essays that examine the realities of life for both urban and rural Afghan women and eschews stereotypes about the burqa. July 27 at 5:30 pm, Russ Building, 255 Montgomery Street, 12th Floor, San Francisco. Tickets are $5 for members, $10 for non-members.

New York City: Those of us who didn’t get tickets to Wednesday’s sold-out Sassy magazine tribute (with Janeane Garofalo, Ira Glass and Tavi Gevinson) can sit home and cry into our Sassys, or we can head out to the Women’s & Trans Poetry Jam and Open Mic. Writer Stephanie Schroeder will read from her memoirs on the misadventures of being a Midwestern lesbian in New York with undiagnosed Tourette Syndrome and bipolar disorder. Hosted by Vittoria Repetto. July 26, 7 pm, $5 suggestion, Bluestockings Bookstore, 172 Allen St., New York, NY.

Denver: Dive into the underground feminist music scene at the TitWrench DIY Feminist Music Festival, July 28-31st. With a gathering of over 50 DJs and musicians of all genres (alternative, punk, electronic, techno, ambient noise), the founders of the music festival aim to:

[create] space to CELEBRATE lady sonic and visual artists whose work is pushing the boundaries of genre and form [and] CULTIVATE community around unconventional and underrepresented artists, music, art and ideas.

Limited U.S. release: Indie filmmaker Miranda July, known for Me and You and Everyone We Know (2005), is premiering her latest film, The Future, on Thursday. This quirky and thoughtful film follows couple Sophie and Jason, who decide to adopt a stray cat named Paw-Paw. This peculiar cat has the power to alter time and space, which tests Sophie and Jason’s relationship, their dreams and their reality. July 29; check your local movie listings.

Des Moines, Iowa: The ongoing movement to fight victim-blaming and reclaim the word “slut” goes Midwestern this weekend. The (obviously energetic) organizers are planning a bike ride around Gray’s Lake in downtown Des Moines, followed by a march on the capitol. Whew. July 31, 3 pm. More info on the Facebook event page.