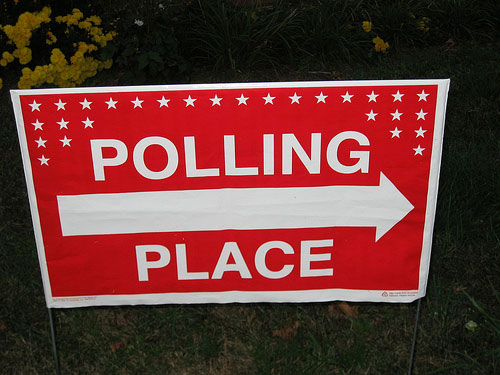 This week marks two landmark anniversaries in the history of American voting rights. Ninety-one years ago tomorrow, U.S. women won the legal right to vote. Forty-eight years ago this Sunday, Americans marched on Washington and paved the way for the Voting Rights Act of 1965, which would ensure voting rights for African American men and women long disenfranchised under Jim Crow.

But even as we celebrate these past victories, many Americans are unaware that their voting rights are again being threatened. This year, 34 states have considered legislation that would either establish new voter ID laws or strengthen existing voter ID requirements. Proponents of the legislation claim that requiring voters to present identification at the polls will combat voter fraud. Those opposed to new voter ID laws counter that voter fraud is a non-issue. In fact, according to a report [PDF] from the Brennan Center for Justice at New York University School of Law, there’s a better chance that a person will be struck by lightening than impersonate someone else at the polls.

While they fail to combat voter fraud, voter ID laws do have an impact on elections by making it more difficult for certain people to vote. They amount to voter suppression, a tried and true political tactic to keep certain voters away from the polls. By creating logistical and financial barriers to voting, voter ID requirements target college students, young people, older people, people of color, low-income people and people with disabilities. They also have a disproportionate impact on women and transgender people.

In the 14 states that require a government-issued photo ID to vote in person, women who have recently changed their names after marriage (as nearly 90 percent of American women do) or divorce but whose government-issued IDs don’t reflect those changes, are forced to jump through a series of hoops to obtain legal certification that they are who they say they are. According to the Brennan Center report, of voting-age women who do have ready access to a government-issued ID, only 66 percent have one with their current legal name. The red tape puts a special strain on lower-income women and single mothers, who are less likely to have the free time and extra money required to get the additional documentation.

Similarly, voter ID laws are likely to disenfranchise transgender people. Trans people whose names or apparent gender don’t match their IDs are likely to be turned away by poll workers. What’s more, poll workers’ added scrutiny may call unwanted public attention to a trans voter’s identity, putting them at a greater risk of violence and harassment. “Worse yet,” Shula Asher Silberstein of Gather.com reports, “statistics show that trans women of color are more likely to suffer violence than any other group, so the trans voters who do come out might be overwhelmingly white.”

The right to vote is guaranteed by the constitution. It’s such a fundamental part of our democracy that most Americans never think twice about losing it. But if ultra-conservative state legislatures have taught us anything this year, it’s that we can’t afford to take our hard-fought rights for granted. Take new state-level abortion restrictions put into place this year across the country. Women’s right to choose is also guaranteed by the constitution, yet a record wave of more than 80 different restrictions aimed at reducing access to abortion have been enacted in 19 states this year. Like the voter ID laws, these laws create an obstacle course of red tape for women seeking abortions. You can have an abortion, after you request time off of work, drive hundreds of miles across the state to a clinic that still provides abortion care, wait 72 hours (in a hotel, unless you want to make the drive back again), view a fetal ultrasound [PDF], endure mandatory counseling intended to guilt you out of the abortion and then pay for the procedure out of your own pocket.

If voting and abortion rights are any indication, it seems that the new strategy in conservative politics is to enact laws that make it such a huge pain in the ass for certain people to exercise their constitutional rights that it’s almost like they don’t even have them.