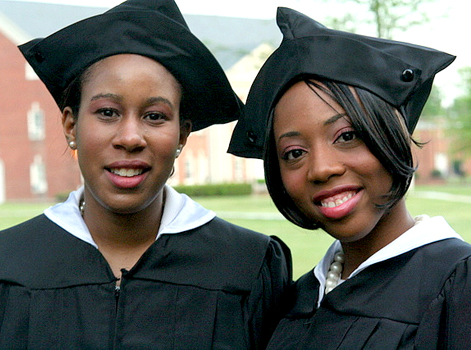 You know the media spin cycle and the propagandists are winning when you advise a young, promising black woman undergraduate student about her prospects for doctoral studies, and she immediately takes herself out of the running. Not because there are fewer fellowships to help pay for graduate school or because she wants to pursue a different career path, but because an advanced degree may mean she ends up alone and unmarried.

It is disturbing that I had that experience a few weeks ago. And my student is not the only black woman being infected with worries about her marriage prospects. Over at Racialicious, the bloggers have put together a series of roundtable panels to address the spate of news articles and programs concerning the “plight of single black women.” Cheryl Lynn, a roundtable participant, admits, “I was perfectly happy before! Now I’m lying in bed at night wondering if I’m going to be childless and single until the day I die. Jeez!”

While I appreciate the Racialicious bloggers for unpacking the myths and stereotypes, as I strove to do in my piece, “Who’s Afraid of the Single Black Woman?” I think it’s time that we dig deeper. Yes, there are social expectations at play, but they are complicated by narratives about economic trends. All of these “Black women can’t get married” articles are prefaced with some variant on the theme that we black women are outpacing our male counterparts in earning advanced degrees and professional employment. The full narrative seems to be: “Black women, stop earning degrees and pursuing professional careers if you don’t want to end up childless and alone!”

Let’s think for a moment what this message means in an economic recession. These stories exist alongside dismal reports of a “mancession,” a myth that Martha Burk debunks in the current issue of Ms. While the recession initially impacted men more heavily, that trend is reversing, with women’s unemployment rate rising to meet men’s. Burk cites the Bureau of Labor Statistics: Almost 90 percent of the jobs created in the past year went to men, and women are now losing jobs with cuts to education and health care. Combined with cuts to social service programs, which mostly impact women providing child and elderly care, the economic recession is, as Burk argues, becoming more of a “womancession.” And single black women are feeling the impact more than any other group.

But to hear the media talk, we wouldn’t know that. These “unmarried black women” stories conveniently ignore the economic struggles in favor of a myth that imagines professional black women taking away all the jobs and college degrees from men (and being spurned as marriage partners as “punishment”). In other words, black women are being scapegoated for the recession’s impact on black men. We are again witnessing what Naomi Wolf calls the “Beauty Myth,” in which beauty, desirability, and marriageability are used as “political weapons against the advancement of women.” As Audre Lorde once asked, “Is it Black women who must bend and alter our lives … or is it society that needs changing?”

Now, more than ever, black women must mobilize politically to resist these efforts against our educational and economic advancement. Let’s begin with a media blackout to protect our psyches from “man shortage” myths and a boycott of companies subsidizing these negative campaigns. And let’s focus on political strategies that address the real crises in our lives: like the need to stem the flood of public-sector job losses.