Stop the Cuts, Invest in Women—Our Futures Depend on It - Ms. Magazine
Skip to content 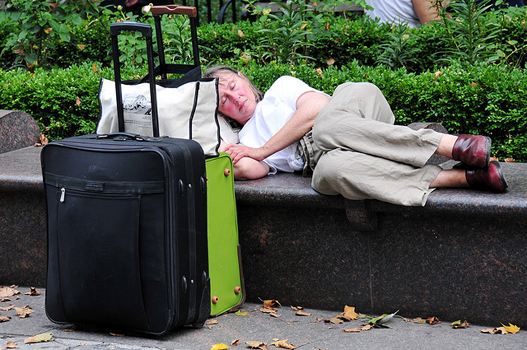 Women are the majority of Americans living at or below the poverty level. Deeper cuts in our federal safety net programs–Social Security, Medicare, Medicaid, Health Care and Family Planning–will drive those women deeper into poverty and push more women over the poverty line, along with their families.

While news, this isn’t new. My friend Beverley McDonald has been working on poverty issues since the late ’60s. I met her when she chaired the Women and Poverty Task for the National Organization for Women (NOW). She taught me that poverty was a feminist issue–and it still is. “We haven’t made much progress, I’m afraid. Most women are still one man away from poverty,” Beverley says. “And there is so much to it all–racism, classism, sexism.”

At 81, she’s still actively fighting to eradicate poverty, working with several Michigan organizations such as the League of Women Voters and the Michigan Consumers Health Care Coalition. For more than 30 years she’s monitored health and social welfare policies at the federal and state level, and one trend she’s found to be consistent throughout the years is that policymakers “always dump on the women.”

In Michigan, a state with an unemployment rate of 10.9 percent, proposed legislation would throw people off public assistance if they’ve received any public benefits at all for 48 months. We can only imagine what will happen to these people, most of them women with children who have no income and no job prospects, or very low income and no better job prospects. They will probably lose their housing and cars. Many will end up living in the streets. This is the human face of these punitive proposals.

Another lesson McDonald has learned is that the same policymakers are adept at pitting people against each other. For instance, she points out, the majority of cuts proposed in Social Security and Medicare won’t hurt people on those programs now; instead, those under 60 who will take the hits. Generation will be pitted against generation. “We (those over 60) will be perceived as greedy geezers who don’t care about younger people.”

These policymakers are also reframing help for the needy as unnecessary entitlements, giving extremists the cover they need to mount vicious attacks on the poor.

“Michigan legislators have led the public to believe these families have been malingering on welfare for 4 years and it’s time they get out and get a job,” says Marguerite Kowaleski of the Oakland County Welfare Rights Organization in Pontiac, Michigan. But:

In fact, most of these families have worked at some time and may in fact be employed now, but the pay is so low that they may still qualify for a small cash grant, particularly if there are several children in the family. With one of the worst economies the country has experienced since the Great Depression, is this the time to leave low income families with no cash assistance?

Unfortunately, the deficit hawks appear to have won the rhetorical battle on the state and national level. Just as the U.S. Congress agreed to raise the debt ceiling with cuts only and no increase in taxes, the Governor and the Michigan state legislature passed a plan to cut business taxes in the state by $1 billion. Women are going to bear the brunt of the immediate pain that will be inflicted by the implementation of these draconian, Dickensian policies.

But as every corporate executive knows, you can’t grow a business by just cutting costs. You have to invest in the future. Whether it’s new products, marketing or educating your employees, that’s the only way you can grow. While running a government isn’t the same as running a business, not matter what pundits and politicians would like you to think, there are certain similarities. You can’t grow an economy by cutting basic services that are the underpinnings for that economy and by not investing in the growth and development of that economy. This is a recipe for disaster.

The number one way to grow an economy is to invest in women and lift them out of poverty. They will insure that their children get educated and become productive members of society. Policies that hurtle women into poverty are not only mean-spirited, they’re counterproductive.

As Labor Day approaches, maybe we should heed Robert Reich’s call to forsake parades for protest marches. Let’s instead demand a stop to cuts to Social Security, Medicare, Medicaid, Health Care and Family Planning Programs, repair the safety net and call for the creation of programs to put women back to work.