Poverty in the U.S.: Do the Math - Ms. Magazine
Skip to content 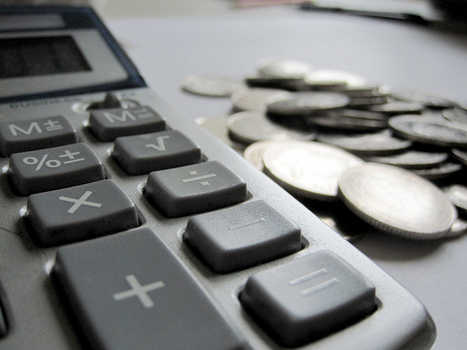 For the first time in many years, poverty is news again. Newspaper headlines, television report and the blogosphere have reacted to the latest Census Bureau report showing that U.S. poverty increased last year, and that women and children are among the poorest of the poor.

In fact, poverty among women is at the highest level in 17 years. Last year, 14.5 percent of American women were living in poverty, according to an analysis of the report by the National Women’s Law Center. The Center found that more than 17 million women now live in poverty and of those more than 7.5 million are surviving on less than half of the federal poverty level, which is defined as extreme poverty.

This increase in poverty is due to the collapse of the economy. Suggestions about how to revitalize the economy by raising revenue were met with a whining chorus of Republican leaders who demonized any measures to mitigate the damage as “entitlements” that need to be cut, and any resistance to their slash-and-burn economic policies as “class warfare.”

Their think tanks and pundit apologists entered the fray by releasing and trumpeting reports that describe the luxury that exists in poor households–refrigerators, ovens, stoves, microwaves, even computers! They breathlessly report that poor people have cars and air conditioning, cordless phones and coffeemakers. There is outrage that poor families “are struggling to pay for air conditioning and the cable TV bill as well as to put food on the table.”

The right-wing Heritage Foundation lambasted “activists and the mainstream media” for painting a false picture of the living conditions of the poor.

The nerve of those poor people to have cable television and air conditioning. The fact that so many of them had those things before they slid into poverty doesn’t seem to matter. This mean-spirited attitude implies that poor people who dare to have any modern conveniences are masking how well-off they really are. This is an attempt to deflect any discussion of the causes of the economic collapse and why there’s a growing chasm between the haves and the have-nots.

The right often trivializes the plight of poor families by hyping the abundance of programs available to them. They point out that the Census Bureau ignores the resources available through the “welfare state” that conservatives are so hell-bent on dismantling.

Since the attack squads of the right are now accusing us progressives, liberals and feminists of engaging in class warfare, maybe it’s time to think about that option. But if we’re to wage war for the hearts and minds of the public, we need to be armed with facts.

I dug into several reports and analyses in order to understand what all the talk about poverty rates, levels and extreme poverty means. Unfortunately, the terminology reflects a complicated world that doesn’t lend itself to bumper stickers and glib posturing. I’m not an expert but I needed to break through the “bureaucratese” to find out what it means in terms I can understand: dollars.

I’ve come up with some facts all of us can use against the GOP’s budgetary chainsaw massacres:

Today, 46.4 million Americans–15.1 percent of us–live in poverty. That’s 15 million more since the 2000 Census. More than 2.5 million were added to the poverty roll in 2009 alone. Many of them may have possessed refrigerators, microwaves, cars and cordless phones before they found themselves slipping into poverty.

The Poverty Threshold for a family of four in 2010–the measurement the Census Bureau uses to determine poverty–was $22,113 annually. That’s $1,842.75 a month, or $60.58 a day, for the whole family. Imagine what kind of place you can rent, what sort of food you can buy, how you can clothe yourself and your children, and how you’ll pay for medication, toiletries, transportation, child care, school supplies and daily incidentals most of us take for granted. A family in extreme poverty is living on just $11,057 per year or $922.91 per month. This works out to $30.34 per day for 7.5 million families in the United States.

I decided to see what it would take to support a typical family of four living, as I do, in Los Angeles County. My mythical family consists of me, a loving partner and two well-behaved school-age kids. My mythical partner and I work full time at rewarding but low-paid jobs. To do the math, I used a calculator developed by the National Center for Children in Poverty. To eke out a bare-bones living in Los Angeles, based on what rent and such costs here, it turns out we’d need to earn $49,937 a year or $4,161 a month. That’s $27,824 over the national poverty threshold, and the two working adults would need to earn $12 an hour at their full-time jobs to hit this magic number.

But the minimum wage in California is only $8 an hour, or $320 per week. A combined minimum wage income brings in $33,280 annually before taxes. Without factoring in taxes, my mythical famliy would be at least $16,657 shy of earning what we’d need to support ourselves if we only earned the minimum wage.

It’s even worse for a different family of four–say, a single mother with three children. She would need to earn $55,869 a year and have a full-time job paying her $27 an hour in order to earn enough money to meet her family’s basic needs in Los Angeles. If she worked full-time at a minimum wage job, she’d earn, before taxes, $16,640 a year. She’d be short $39,229. She’d be eligible for some government support, but not enough to bridge that gap. This is the nightmare facing the working poor and the unemployed poor in this country today.

It’s unlikely that many people will be able to find jobs that will pay enough to meet their family’s needs. While wages are falling or stagnant, the gap between what people can earn and the cost of living continues to grow, even with minimal inflation.

Cutting benefits and cutting taxes is not the way to lift an ever-increasing number of people out of poverty. That’s not a plan; it’s the path to social upheaval. The debate is going to continue to rage in Washington, D.C. and across the country. It is class warfare, and it’s time to speak truth to power. Whether we’re poor or not, we’re each poorer if we remain quiet.