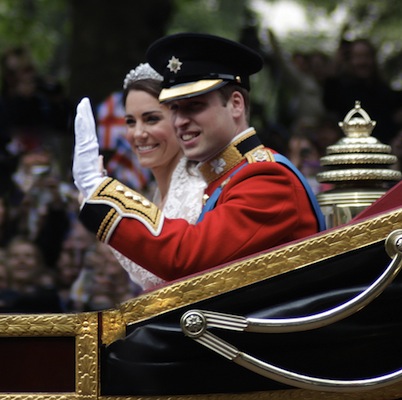 At their summit in Perth, Australia, the leaders of the 16 Commonwealth countries unanimously agreed to change throne succession rules. In the future, sons and daughters of the British monarch will have equal right to the throne. That means that if the Duke and Duchess of Cambridge (Will and Kate) have a daughter first, she will one day be Queen.

Until now, throne succession rules held that the first born son of the monarch was first in line for the throne. A woman could only become Queen if she didn’t have any brothers, as was the case with Queen Elizabeth. Announcing the new rules, British Prime Minister David Cameron said that “in the future, the order of succession should be determined simply by the order of birth.” Reacting to the decision made in her country, Australian Prime Minister Julia Gillard said:

Cameron went on to explain that they have agreed to implement the new rules starting with all descendents of the Duke and Duchess of Cambridge. Additionally, the rules prohibiting heirs to the throne from marrying a Catholic are being removed. The changes do still need to be passed into law by the 16 countries that have the Queen as their head of state and the countries are coordinating efforts on this front.

David Cameron explained that these rule changes were needed to bring the monarchy into the modern age:

The idea that a younger son should become monarch instead of an elder daughter simply because he is a man, or that a future monarch can marry someone of any faith except a Catholic – this way of thinking is at odds with the modern countries that we have become.

The Economist notes that this is one of several initiatives by David Cameron to improve the status of women in his country.

The announcement capped a stream of female-friendly policy announcements, including calls for more women on company boards and new guidelines to shield children from online pornography and sexual images in outdoor advertising near schools.

According to the BBC, there have been at least 11 unsuccessful attempts to change these rules over years, so the unanimous approval of the changes in this case are “a big royal deal.” For the real princesses born into the royal family and for the little girls playing princess around the world, the balance of power and rules of the game have indeed shifted.

Photo of Will and Kate from flickr user anonlinegreenworld under Creative Commons 2.0

Reprinted with permission from Care2. All rights reserved.