Crime After Crime: So That the Imprisoned Shall Not Be Forgotten - Ms. Magazine
Skip to content 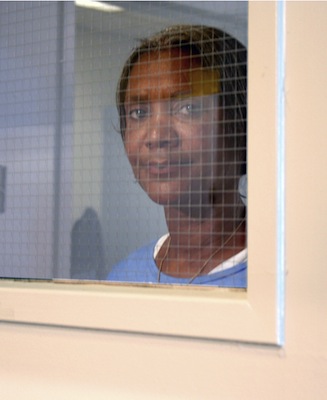 But when all goes well with you, remember me and show me kindness; mention me to Pharaoh and get me out of this prison. I was forcibly carried off from the land of the Hebrews, and even here I have done nothing to deserve being put in a dungeon.

On Thursday, November 3, the Oprah Winfrey Network will present the television premiere of Yoav Potash’s heart-wrenching documentary Crime After Crime. This award-winning film documents, as it unfolds, the legal battle of Californian Debbie Peagler, imprisoned for 26 years for her connection to the murder of her abuser.

Peagler, an African American, met and fell in love with Oliver Wilson when she was 15. He subsequently beat her brutally and forced her into prostitution. She separated from him, but he continued to hound and abuse her. When he threatened to kill her entire family, she asked two members of the Crips gang to get him to leave her alone. Unfortunately, they killed him, and in 1983 all three were tried and convicted of murder.

In 2002, California passed Penal Code 1473.5, which allows some survivors of domestic violence incarcerated for killing their abusers before 1992—when expert testimony on domestic abuse began to be allowed in court—to have their cases relitigated. The California Habeas Project, founded to find representation for such victims, connected Peagler with two lawyers, Joshua Safran and Nadia Costa. This unstoppable pair, both of whom have personal experience with domestic violence, spent the next seven years working diligently to free her. In an investigation that brought global attention to the incarceration of abused women, they uncovered evidence of perjury and misconduct by the Los Angeles District Attorney’s office. The film documents every intimate detail of Peagler’s protracted battle for justice and her life in prison—where she earned two college degrees, taught illiterate inmates to read and write, and led the gospel choir.

Both filmmaker Yoav Potash and lawyer Joshua Safran were inspired to take action by their Jewish heritage. As Potash told the Ms. Blog,

I’ve always been attracted to rooting for the underdog. I think some of that comes from my Jewish background, of having been educated as a kid that our people were oppressed and therefore [you] don’t oppress a stranger. […] And then, documenting Deborah’s story over so many years, I became more passionate about the issues and the broader implications–the fact that there are thousands and thousands of women like her. 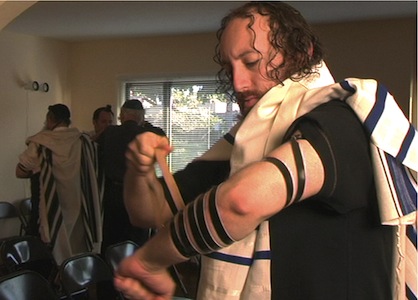 Safran found his life’s calling in the portion of the Torah he read at his Bar Mitvah: a story from Genesis that begins with Joseph forgotten in prison and ends with a redemptive act of remembrance. In fact, one of the names of God (matir asurim) in Jewish prayer means “freer of the imprisoned:”

It’s really the core concept, in a way, of Jewish identity, because our people were born through the process of being freed from imprisonment, freed from slavery. We say the prayer every morning. […] So much of Jewish ritual is centered around this idea of releasing someone who’s been unjustly imprisoned.

Though Peagler, a Christian, was initially wary about building relationships with people so strongly motivated by their Judaism, she, the filmmaker and her lawyers ultimately became very close. Together with Potash, the Peagler family has founded the national nonprofit Debbie’s Campaign, aimed at creating change around the issues in the film.

Together with organizations such as Convicted Women Against Abuse and the Habeas Project, which is run by Legal Services for Prisoners with Children, these activists are indeed creating change. Though the L.A. district attorney remains resistant to acknowledging prior errors in prosecutions, in 2005, California Gov. Arnold Schwarzenegger signed SB1385 into law, which expanded the new habeas right to individuals incarcerated before 1996 and changed outdated “battered women’s syndrome” language to “battering and its effects.” According to Potash, activists in five other states are now pushing for similar legislation: New Mexico, New York, Georgia, Minnesota and Illinois. Marisa Gonzalez, Habeas Project Coordinator, told Ms.:

It’s important to keep the public’s attention on these cases because these women are our mothers, our sisters, our daughters and they never had the chance to tell their stories and have the violence they experienced understood. These petitions represent for many of these women the first opportunity they’ve ever had to have their voices heard.

Gonzalez says that since 2002, the Habeas Project has freed 34 women.

Potash, who has spent the last six years of his life telling Peagler’s story, continues to devote himself to showing the film to judges, lawyers, victims and at-risk young men and women as well as to the general public, all with the intent of helping those affected by abuse: