This Veterans Day, Honor the Sexually Assaulted Service Members Who Have Been Silenced - Ms. Magazine
Skip to content 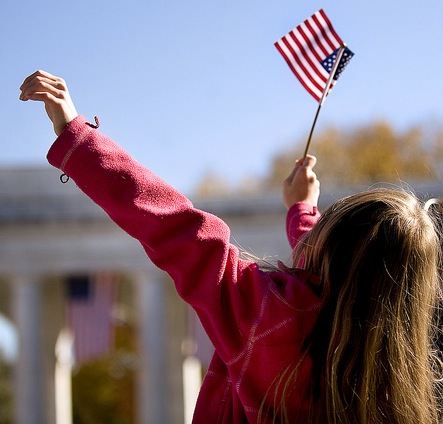 Every year, thousands of service men and women are sexually assaulted, and the vast majority does not report it. Victims fear reprisals and retaliation and suspect that their confidentiality will be violated. This Veterans Day, it is important to shed light on these individuals silenced for fear not of the enemy but of their fellow patriots.

According to a Department of Defense (DoD) news release from March 2010, “in fiscal 2009, a total of 3,230 restricted and unrestricted reports of sexual assault were filed, involving military members as either victims or subjects, which is an 11 percent increase from fiscal 2008.” In the military as in civilian society, most sexual assaults go unreported. The 2010 Workplace and Gender Relations Survey of Active Duty, conducted by the Defense Manpower Data Center, found that only 28 percent of servicewomen who experience unwanted sexual contact report it.

The Women’s City Club of New York, a nonprofit, nonpartisan, multi-issue activist organization founded in 1915 (for which I work), is seeking to give voice to these victims by sharing the story of one veteran who was brutally raped twice while serving in the U.S. military. Her story echoes those of so many service members who have been mistreated by military officials, and it justifies the ever louder cries from society to hold military perpetrators accountable and to bolster the DoD’s efforts to prevent these crimes.

A pseudonym–Maureen–is used to ensure privacy. No part of Maureen’s story was verified by the Women’s City Club of New York or any other organization. It is told as she told it.

Maureen’s troubles began at age 18 when she was accepted into the United States Air Force towards the end of the Vietnam War. Throughout her service, she was continuously sexually harassed and assaulted by other soldiers. Maureen could not walk down hallways without being groped. Her only coping mechanism was to avoid confrontations altogether. “Try not to be alone,” she told herself. This strategy worked until she was raped by a soldier who lived in her barracks. Co-ed barracks permitted men to cross over onto the women’s side. The perpetrator broke into her dormitory room and attacked her while she was sleeping.

When Maureen reported the incident to her superiors, they ignored her. She continued to live in the same barracks as her rapist. The guilty airman would laugh and give her sly smiles whenever he encountered her on the base. Maureen’s superiors suggested that she enticed the man to rape her. Soon, Maureen found out she was pregnant. In an effort to conceal the guilty soldier’s actions, the Air Force strongly encouraged her to get an abortion since military policy at that time was to automatically discharge pregnant women. So, she aborted the pregnancy.

Living in the barracks with her rapist became unbearable. Maureen decided to relocate. Soon thereafter, she married a fellow airman and moved off the base. Under the ever elusive security blanket of the United States Air Force, she was still not safe. Some years later Maureen was sexually assaulted again by two men on a base in Michigan. The two service members approached her late one night while she was walking home from a social function on a training site. Even though it was dark, she recognized their faces. The men proceeded to brutally rape her. Rendered hopeless by her last attempt to press charges, Maureen did not report this incident; she knew nothing would be done.

Although Maureen is currently retired and has had time to heal, memories of the United States Air Force still haunt her. She attributes her high blood pressure, depression, and other ailments to military sexual trauma, a common disorder among sexually assaulted service members.

Unfortunately, not much has changed for military members like Maureen. Sexually assaulted military women are still not fully protected. For example, female service members rarely have access to safe and affordable abortions. The DoD currently restricts using its funds for abortion care to instances when the pregnant woman’s life is in danger. Abortion is not covered in cases of rape and incest. This restriction endangers the health of our military women. Servicewomen impregnated after being raped must resort to obtaining abortions at unsanitary local providers in hostile environments like Afghanistan and Iraq.

So on this Veterans Day as we raise the flag and parade down Main Street, let us also take action to support service members like Maureen. Sign the petition below urging Congress to pass the Military Access to Reproductive Care and Health Act. This bill would allocate federal funds for women receiving abortions in cases of rape and incest as well as allow these women to have privately-funded abortions at military treatment facilities. These service members risk their lives every day for us; it is time we protect them.

Photo of girl waving American flag at a Veterans Day celebration by flickr user The U.S. Army under Creative Commons 2.0