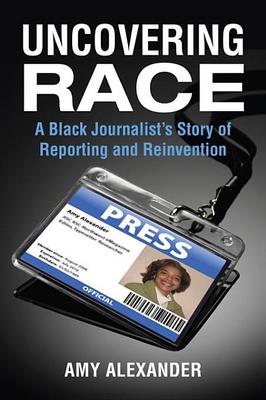 Amy Alexander has amassed the credentials to be called, in the parlance of 21st century digital media, “an award-winning content producer,” as she’s described on the cover of this slim, somewhat elegiac and not quite triumphant book. But she is more invested in her roots in traditional media and in her role as an independent journalist, author, media critic and commentator. It’s from this stance that she bravely writes the hard truths of her 25 years as a passionate and idealistic black woman professional in a rapidly changing multimedia landscape.

Moving chronologically through the half-dozen media markets and distinguished news organizations of which she is a veteran, she tracks what she understands only in retrospect as “a long, Conradian journey through the heart of darkness of American news organizations.” In 1989, more than 20 years after the Kerner Commission pointed out that all-white newsrooms could never adequately cover multiracial American society, the newly minted J-school grad lands the job she sought at the San Francisco Examiner, only to find she is 1 of just 3 black newsgatherers and the only black female in a newsroom of 150. The diversity statistics improve in her subsequent workplaces, but as new technology brings journalism online and introduces web-sites and bloggers into the mix, the newspaper business shrinks, complicating the picture. As layoffs proceed, Alexander documents how too many newsrooms lose what little diversity they had. Even more disturbingly, a world in which your byline represented a certain professional standard dimension where “content” is king, and the value of your “brand,” rather than the integrity of your by-line, carries more weight.

Alexander recalls many of the controversial stories she has covered, from the 1992 civil unrest in Los Angeles after acquittal of the police officers charged with beating Rodney King Jr., to the firings of black journalists Patricia Smith of the Boston Globe and Jayson Blair of The New York Times (both forever notorious for the fabrications in their stories), to the coverage of Hurricane Katrina. The latter two stories she wrote about as media columnist for Africana.com (later AOL Black Voices). While staunchly devoted to accuracy in journalism, Alexander probes the problems inherent in reporting accurately about the intersection of race, gender and class in the lives of subjects—and the impact of those factors on her personal and professional life.

The rewards of this text include watching Alexander achieve more complete self-knowledge and resolve for her own future despite real misgivings about many of the trends in the contemporary news industry. “For as long as I reasonably can manage it, I want my byline to be on the first draft of this part of our American history, the moment when the narrative of our nation comes to truly convey the great promise of all its residents,” she concludes. But she is also sadly resigned to the fact that she can’t expect to be paid decently to do this important work.

Susan McHenry is an adjunct lecturer at Borough of Manhattan Community College, CUNY, and a freelance writer.