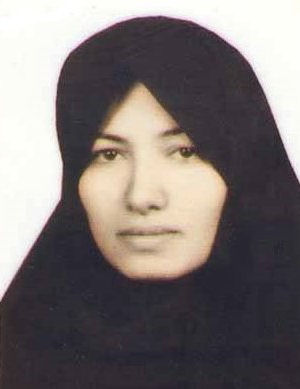 International concern was sparked early this week when an Iranian prosecutor indicated that Sakineh Ashtiani’s execution for adultery could be imminent.

Ashtiani is currently serving 10 years in prison after being convicted as an accessory to her husband’s 2005 murder. In a separate trial, she was found guilty of adultery and sentenced to stoning, but the Iranian judiciary suspended the punishment in 2010 after international outcry.

On December 26, Malek Ajdar Sharifi, prosecutor general of Persian Azerbaijan, told the press that the facility holding Ashtiani was not equipped to carry out a stoning, and that experts were determining whether Islamic law permits the sentence to be converted to death by hanging. “As soon as the result of the investigation is obtained, we will carry out the sentence,” he said.

But human rights groups Amnesty International and Human Rights Watch say there is nothing to indicate that Ashtiani is in new danger of execution. Instead, the statement by Sharifi (who has since claimed he was misquoted) may amount to mere bluster in a political tug-of-war between a hardline provincial court and the more moderate, image-conscious central government. Or it may represent an attempt to test the international temperature around Ashtiani’s case after a more than a year of near-silence.

In any case, the absence of a definitive answer leaves Ashtiani in a precarious position: Until the adultery conviction is officially overturned, she is subject to the whims of Iran’s judiciary.

“It’s very disturbing that her case is still hanging in the balance,” says Amnesty International’s Iran specialist, Elise Auerbach. “We don’t know what’s going to happen to her. Anything could happen.”

“I think what’s important to remember here is that Ashtiani is still in prison and the judiciary has not thrown out her adultery conviction, which carries a death sentence under Iranian law,” says Faraz Sanei, a Middle East researcher for Human Rights Watch.

Both groups have called for the death sentence to be vacated on the grounds that adultery does not merit capital punishment under international law. They also argue that the lack of transparency in Iranian legal proceedings casts serious doubt upon a case whose details–up to and including the verdict–remain murky. Ashtiani’s 2006 adultery conviction rested on an Iranian legal provision that allows judges to rule based on their hunches in the absence of hard evidence. Subsequent accounts from Iranian authorities alternately confirm and refute that a stoning sentence was ever handed down. In the meantime, her first lawyer was forced to flee the country and her second was arrested and imprisoned, leaving her without proper legal representation.

“This poor lady is just sitting in prison right now, and I think it’s going to be quite a while before her fate is decided,” says Auerbach.

To pressure the Iranian government to halt Ashtiani’s execution, you can add your name to this Amnesty International petition: