"Girl in a Coma" Rocks to Its Own Beat (and Causes) - Ms. Magazine
Skip to content

The impact of homegrown, San Antonio-based, all-woman band Girl in a Coma stretches far beyond the borders of Texas. Their fourth album Exits and All the Rest, recently named to NPR’s 50 best of 2011, shows the band’s range of talents–from the Morrissey-inspired “Smart” to the rough-edged anthem:

Don’t let their name fool you: GIAC is wide awake (their name is based on the song “Girlfriend in a Coma” from the Morrissey-led British band The Smiths), and their bluesy, rock sound gains tremendous force from Nina Diaz’s distinct vocals. These women are the real thing–and that’s probably why rock pioneer Joan Jett signed them to her Blackheart Records in 2006. “Joan really understands where we are coming from,” Phanie Diaz tells the Ms. Blog.

Despite being participants in The Sound Strike–a coalition of artists who have committed to supporting the international boycott of Arizona in the wake of SB 1070, GIAC did a December benefit concert in Tucson for the organization Voto Latino. A number of artists, including Mos Def, Lila Downs and Maroon 5, have boycotted Arizona to protest the ramped-up racial profiling and deportation of undocumented, mostly Mexican immigrants, and GIAC supports those efforts to interrupt the flow of dollars into the state. The band even toured immigrant-bullying Sheriff Joe Arpaio’s tent cities in Arizona’s Maricopa County and found the humiliating and inhumane conditions to be outrageous. And that’s why they chose to tour in the state again despite The Sound Strike: “[We] wanted to come back and not alienate our fans by supporting a nonprofit organization that supports Latino/as in the community,” says Phanie. Adds Jenn Alva, the bandmates identify with Tucson as it reminds them of their home, containing a vibrant arts scene and multicultural community.

Before I listened to “Hope,” the Girl in a Coma song about the Arizona situation, I expected a soft, melancholic reflection. Instead, my ears were nearly blown off by the hard-hitting bass riffs that open the recording, along with Nina Diaz’s painful narration of the state as a failed promised land. “I am not a political person,” says Diaz, who wrote the song, “but when we went to see the tent cities, something changed.”

Making a political statement is something the band does effortlessly and almost accidentally, says Phanie: “We just love music, not really thinking about the fact that our band is two-thirds queer, all Latina and all female. We are doing the best that we can with what we have.”

Feminists, give a listen to Girl in a Coma. You may hear something unexpectedly beautiful, or discover a bit of yourself in their songs. At the very least, you’ll want to support women using sound to make change in the world. 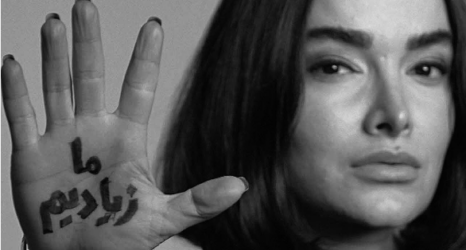