Future of Feminism: Ending Rape As A Tool of War - Ms. Magazine
Skip to content 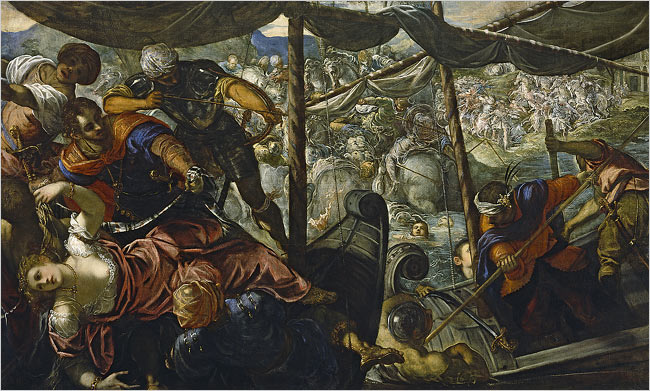 Sexual assault and rape during wartime cannot–and should not–be brushed off as mere collateral damage. Rather, rape has long been a systematic tool of strategic violence against women. The public and policy makers should know this in order to help prevent future violence–and that’s the mission of the newly launched Women Under Siege, a Women’s Media Center project.

According to the project’s co-founders, Gloria Steinem and Lauren Wolfe (who serves as its director), two historical texts led to the creation of Women Under Siege. After reading Sonja Hedgepeth and Rochelle Saidel’s anthology Sexual Violence Against Jewish Women During the Holocaust, Steinem was outraged that this narrative of sexual violence wasn’t part of the standard history:

Why had it taken 65 years to reveal these facts? Why were they ignored at Nuremberg? If we’d known, might it have helped prevent rape camps in the former Yugoslavia? Or rape as a weapon of genocide in the Congo?

The second crucial, project-inspiring text was Danielle L. McGuire’s At the Dark End of the Street: Black Women, Rape and Resistance—A New History of the Civil Rights Movement from Rosa Parks to Black Power, which “roots much of the civil rights movement in the massive sexual abuse of black women,” said Steinem.

Women Under Siege has a two-part mission: to educate and to help change policy. “We’re starting with documentation as a way to bring this history into the public conversation,” Wolfe told the Ms. Blog. “When the story of women’s suffering remains hidden, there is no way to change it.”

After education comes change. Women Under Siege hopes that bringing visibility to these issues will spark changes in the way NGOs, the UN and local governments handle sexual violence against women during both wartime and in times of peace.

Rape and other forms of sexual assault don’t only harm women: They dehumanize and dishearten the communities to which these women belong, says Wolfe: “This is a human rights issue, not just a women’s issue.”

Part Three in a Women’s History Month series celebrating organizations and ideas that represent the future of feminism.

Photo of Jacob Tintoretto’s 1578-1579 painting “The Rape of Helen” from Wikimedia Commons.