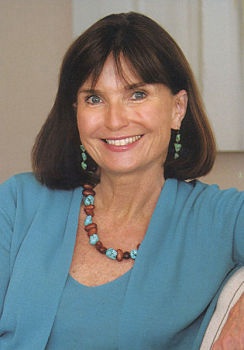 It’s hard to ignore the sexualization of women and girls in the media these days; it’s everywhere, from Carl’s Jr. ads to films supposedly meant to empower women. Dr. Jean Kilbourne, creator of the film series Killing Us Softly (1979-2010), has been tracking advertising images of women since the late 1960s. In a recent interview with Bitch magazine, she stresses that things are getting worse, not better:

Mostly advertising has gotten much more powerful than ever before, much more intrusive than ever before. [In terms of] the tyranny of the ideal image of beauty–you know, the fact that we’re surrounded by this impossible image of beauty that makes us all feel bad–that’s much worse, because of computer retouching and Photoshop, and the ability that advertisers have these days to create absolutely impossible images.

The 2011 documentary Miss Representation takes on this ever-worsening trend. While the situation the film presents is disheartening, its ultimate message is uplifting–that we can fight back, that there is a way to change how girls and women are represented through education and advocacy.

Fortunately, the robust feminist online community is on the case. The Women’s Media Center‘s Name It. Change It. campaign calls out sexism in political journalism. Women and Hollywood critiques Hollywood sexism as it manifests both on the screen and behind the scenes. The blog Racialicious incisively examines the intersection of racism and sexism in popular culture. Sociological Images‘ contributors routinely analyze sexism, racism and classism in visual images, particularly in marketing. And Women In Media and News takes a multipronged approach to increasing women’s voices in media.

As we do the necessary work of calling out racism and sexism in the media that increasingly permeates our lives, we always need to be careful of one thing. Arguing that women shouldn’t be objectified by the media doesn’t mean that women should be ashamed of their bodies or their sexuality. Let’s remember the difference between sexualization and a healthy self-expression of our sexuality.

The new organization SPARK (Sexualization Protest, Action, Resistance, Knowledge) does just that, their mission starkly differentiating between healthy sexuality that “allows for intimacy and is linked to positive feelings” and sexualization that “uses girls’ and women’s bodies as a marketing tool and a ratings grabber” and often leads to low self-esteem and depression. The unique thing about SPARK is that the organization is run by girls (age 13-22), who write for its blog and help organize events, including the SPARK Summit, a one-day conference that led to the organization’s launch last year.

There are many other organizations and blogs out there that do a fantastic job of addressing and analyzing media culture and its messages–far too many to name here. Please add your favorites in the comments!

Photo is of Jean Kilbourne from Wikimedia Commons under Creative Commons 3.0.

Part Nine in a Women’s History Month series celebrating organizations and ideas that represent the future of feminism.