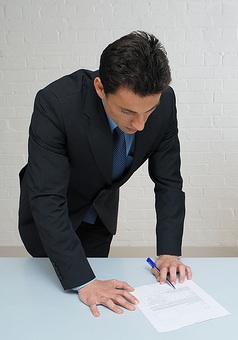 Not one to be left in the cold, Alaska has jumped on the mandatory ultrasound bandwagon too.

But that’s not all. Perhaps it’s because these laws are becoming so routine that conservative lawmakers feel the only way they can get headlines is to make each new proposal more outrageous than the last. That would explain Republican state Rep. Alan Dick’s suggestion that women should have to get permission from whomever impregnated them before terminating a pregnancy:

If I thought that the man’s signature was required … in order for a woman to have an abortion, I’d have a little more peace about it.

Dick’s suggestion, of course, would criminalize women who had an abortion without such permission.

As Robin Marty reports, Ohio already tried such a move in 2009. That “paternal consent” bill would have required women to obtain permission from the biological father before having an abortion, and, in cases of more than one partner, to provide a full list of men with whom she had sex. Any woman who lied about the identity of a potential father or doctors who aborted without permission from the father would be prosecuted.

This article originally appeared at Care2.com.

Read more in law professor Jessica Pieklo’s series on the war on women.