The Femisphere: Welcome to a New Series - Ms. Magazine
Skip to content 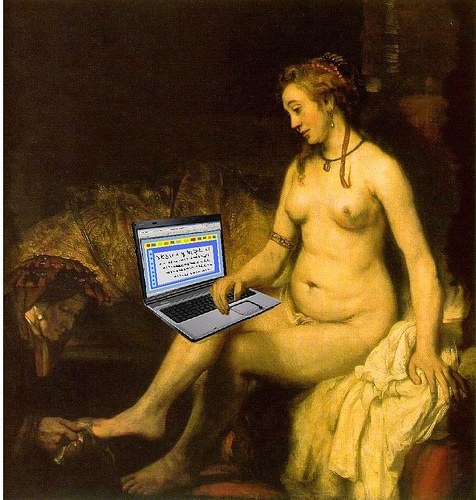 All too often, when mainstream media turns its attention toward anything related to feminism, one of two things happens.

The first is a heavy-handed criticism of feminism, either for being too radical or too obsolete in “this day and age.” The second is that contemporary feminism is given due credit for its incredible energy and influence. However, when this occurs, it’s usually only the “big names” that are referenced. For instance, in Emily Nussbaum’s New York magazine piece “The Rebirth of the Feminist Manifesto,” Nussbaum does a good job of profiling the heavy hitters out there in the feminist online space (Amanda Marcotte, Irin Carmon, Molly Lambert, Feministing, Racialicious), but misses an opportunity to feature some of the great resources, blogs and writers who don’t get as much lip service.

A few months ago I wrote about my disappointment with the way the media skims the surface of the feminist blogosphere and what it has to offer. Many people seemed to agree with me. From Facebook to Twitter to my own site, fellow feminists voiced similar frustration over being left out of the larger conversation.

My feelings only solidified last month when I participated in Ms.’s “Future of Feminism” series in honor of Women’s History Month. I wrote a short, less-than-500-word blurb on feminist parenting bloggers. Again, I got a resounding response of “Yes! Thank you!” and then, “But we want more!”

And so this series was born. I figured that instead of waiting for mainstream media or anybody else to sit up and take notice of the hundreds of other strong, passionate and interesting feminist voices online, I’d do it myself.

There is a richness and depth within the feminist blogosphere that deserves exploring. There are feminists writing about parenting, geek culture, reproductive rights, class issues, sex, disability, race, gender, youth and so much more.

Each future post in the series will take on a different sub-genre within the “femisphere.” Sometimes one or two different sites will be highlighted and profiled; other times a number may participate in a roundtable discussion. Either way, we’ll take a closer look at the various feminist sites out there and find out how they started, what makes them tick and what we can look forward to from them. I will also always do my best to include a resource list of related sites within each post.

The first post of this series will start where my “Future of Feminism” piece left off and devote some more words and attention to feminist “mommy bloggers”–so stay tuned!

After that? The sky’s the limit. I have some sites and sub-genres in mind, but even with all the time I manage to spend online, I’ve hardly made a dent on what feminist cyberspace has to offer. That’s where you come in. I know you have your favorite feminist blogs, vlogs, or Tumblrs, or are attached to a particular sub-genre within the movement. Please leave any and all suggestions in the comments below, and join me soon for the first post in this new and exciting series!