National Poetry Month: "Have You Ever Tried To Hide?" - Ms. Magazine
Skip to content 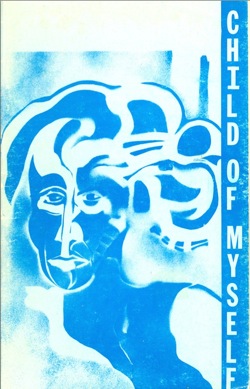 The iconic feminist poet Pat Parker was known not only for her printed work but also for her powerful performances. Parker’s activism with the Black Panther Party and the Black Women’s Revolutionary Council in the 1960s shaped her poetic voice. Her poetry, rooted in the African American oral tradition of call and response, grapples with the complex intersections of the personal and the political for African American women, often asking black men and white women to examine their own privilege.

Parker’s first poetry collection, Child of Myself, was published in 1971 by the California-based Shameless Hussy Press, which would later publish Ntozake Shange’s landmark for colored girls who have considered suicide/when the rainbow is enuf.

In 1972, Parker joined the vibrant Women’s Press Collective in Oakland, Calif., which republished Child of Myself and printed her next book, Pit Stop (1973). Both books had to be reprinted due to great demand. In 1976, Pat Parker and Judy Grahn made the only spoken-word album for the feminist label Olivia Records, Where Would I Be Without You?, a recording of their readings. Parker published two more poetry collections, Movement in Black (1978) and  Jonestown & Other Madness (1985) before she died in 1989 from cancer.

In the two poems below, Parker takes epigraphs from African American figures–one unattributed and the other from Harriet Tubman–and expands on them with her trademark performative and poetic panache.

Parker revised both of these poems extensively for her later volumes, but I present them here as feminists would have encountered them in print during the 1970s.

“How do we know that the panthers

will accept a gift from

Have you ever tried to hide?

slide between the floor boards

slide yourself away child

away from this room

away from the other Blacks

afraid — a meeting of eyes

& pain would travel between you —

but it’s still on my neck.

“There are two things I’ve got a

right to, and these are death

or liberty. One or the other

I don’t want to hear

how my real enemy

but I do know

you hit me with

From Child of Myself, Oakland, CA: Women’s Press Collective, 1972.

Where Would I Be Without You? (Olivia Records)