As we approach Mother’s Day (May 13), we’re inundated with celebrations of 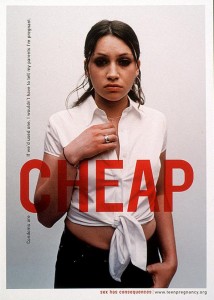 motherhood, but some kinds of mothers are not invited to the party. Hallmark cards and flower commercials rarely show queer mothers, trans mothers, stepmothers, disabled mothers or young mothers. Making matters worse, a good number of these groups are not only ignored, but actively demonized–even by feminists.

Among these reviled mamas, young mothers figure prominently. During May, the month in which most mothers are honored, young moms have their very existence challenged: May is also Teen Pregnancy Prevention Month.

Though teen pregnancy prevention efforts are varied nationwide, many deal in shame and stigma. A notorious 2001 print ad campaign by The National Campaign To Prevent Teen Pregnancy labeled young women of color “rejected,” “dirty” and “cheap.” But we don’t have to go that far into the past to find campaigns that stigmatize young parents. 2007 ads from the United Way are based on the idea that young mothers are so “disturbing” that young people shouldn’t be caught dead in their position.

This anti-teen-pregnancy programming often has very little to do with the real and material barriers young women face, particularly the young Latina and immigrant women whom the campaigns target because they have higher birth 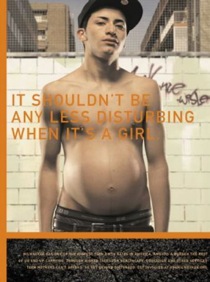 Now, to be clear: many of the initiatives supported by teen-pregnancy-prevention advocates are quite helpful. Comprehensive sexuality education and access to affordable birth control methods, for instance, are crucial for young people, and many teen pregnancy prevention programs often do work towards these goals. But a key problem with teen pregnancy prevention approaches is that the impetus for supporting these otherwise valuable programs is based on the decision by a group of powerful people that young women must not be mothers. The decision of a powerful group (adults) to work to limit the reproduction of a less powerful group (youth) can in no way be construed as falling into line with reproductive justice principles of supporting women in deciding when and whether to have children, and to parent the children they do have with dignity. 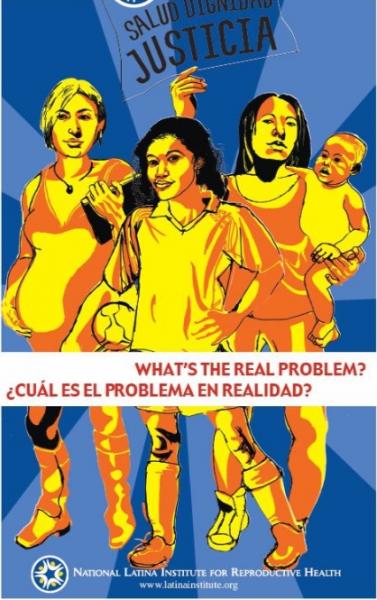 It’s true that many young mothers do not plan their pregnancies and may not have wished to become pregnant. This is indeed a problem. But to address it, the reproductive health and justice community must take a look at larger systems that deny young women of color, low-income young women and immigrant young women the information and material resources to prevent pregnancy.

We need to support sex education and access to birth control as part of a platform that gives all women–young women included–a real choice about whether and when to start their families. We need to support young women who become pregnant and choose to terminate their pregnancies by eliminating the Hyde amendment, which bans federal funding for abortion and means that many Medicaid-eligible young women are unable to get their procedure covered. We need to have the hard conversations around child sexual abuse and dating/intimate partner violence that are completely ignored in mainstream conversations about teen pregnancy. We need to fix the educational systems that shut out these young women, denying them opportunities for which they might decide to delay starting families. And finally, we need to support young women who choose to parent by providing them with the resources they need to parent with dignity. Being a young mom does not have to be devastating, and young parents should have as much opportunity to succeed as young women who choose to delay pregnancy or never give birth at all.

Treating young mothers as the problem is not only morally lacking, but also misses the mark. Instead, we must target inequity. Let’s be done with the shaming and the stigma–any less is not reproductive justice.

This post is part of the Strong Families Mama’s Day campaign, in collaboration with the National Coalition for Immigrant Women’s Rights. Mama’s Day cards available here!