The Bible, Biology and Bigotry - Ms. Magazine
Skip to content 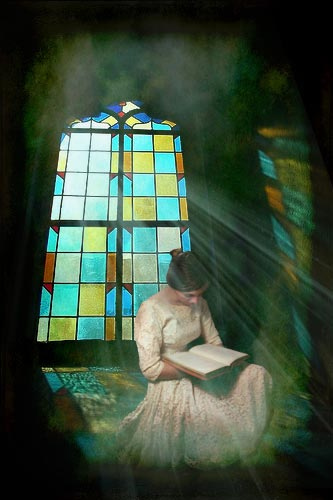 In 1964, when I was 13 years old, my family’s summer vacation consisted of a drive from our home in New York to the apartment my grandparents had just bought in Miami Beach.  That’s right, along with hundreds of other Northerners streaming south for Freedom Summer, my family decided that it might be a fun family event to drive our Cadillac, bookended with New York license plates, through the rural South.

Along the way, we stopped at countless diners, gas stations and motels (receiving about a dozen bogus speeding tickets in speed traps along the way). Being a New Yorker, I’d never seen segregation up close–the separate water fountains, the uncleaned “colored” toilets, the signs that said “whites only.” Segregation, once an abstraction, was suddenly as visceral as it was visual.

Shaken, I asked my parents how people could possibly justify such cruelty, such inequality. They explained that segregationists relied on the twin pillars of racism–religion and biology. African Americans were considered to be biologically different, genetically inferior and marked by God as inferior. Thus, even slavery had been legitimate because “they” really weren’t human beings.

How could this be? The Bible I read in Sunday School, the Moses I quoted at my Bar Mitzvah, the Jesus whose Sermon on the Mount I’d been studying, would never have justified such treatment.

As a teenage amateur historian, I came home and did the mid-20th century version of a Google search: I went to the library.  Sure enough, my parents were right. Slavery “was established by decree of Almighty God,” said Jefferson Davis, president of the Confederate States of America. “It is sanctioned in the Bible, in both Testaments, from Genesis to Revelation…it has existed in all ages, has been found among the people of the highest civilization and in nations of the highest proficiency in the arts.”

A quarter of a century later, as a young professor, I began researching men’s responses to the demands for gender equality. It seemed obvious, and obviously wrong, that inequality based on gender stifled women’s voices and also disfigured men’s lives. What sorts of justifications could possibly reduce half the human race to second-class status?

Again, biology and the Bible. Physiological differences have long been cited as justifications for excluding women from various arenas–from higher education to police and fire stations, from corporate boardrooms to military squadrons. The problem with such claims is that in every single arena that women have entered, they’ve done just fine.  In no case have women said, “You know what? The men were right! We can’t physically do this, let’s go home.”

Since the beginning of the women’s movement in the 19th century, coincident with the anti-slavery movement (and sparked in part by women’s exclusion from the World Anti-Slavery convention in 1840 because of their purported biological inferiority), supporters of gender inequality also referenced religion.  There is no shortage of biblical claims of women’s inferiority, both temporal and spiritual, scattered throughout its pages.

As anti-miscegenation laws were passed in state after state, biology and the Bible were again invoked as evidence of intrinsic difference. Fears of race suicide or biological “mongrelization” were common justifications for witholding from citizens the right to marry whom they loved. Of course serious biologists pointed out that we’re all evolutionary mongrels, the idea of pure races being an ideological fiction. And serious theologians made clear that every Biblical verse was subject to different interpretations.

Happily, in 1967, the Supreme Court finally ruled that the right of citizens to marry those they love cannot be abridged by “arbitrary and invidious discrimination.” Marriage, the Court found in the Loving v. Virginia decision, is one of “the basic civil rights of man.” (I think that included “women,” too.)

I’ve been thinking of these past encounters with biblical and biological justifications for segregation, slavery and sexism these past few days because my son, now 13 years old himself, asked me recently how anyone could justify excluding gays and lesbians from their marital privileges. “After all, Dad,” he said, “they’re equal citizens.  How can anyone justify not granting them equal rights?”

We can’t, even with the old biology and religion arguments. Since biology is, at its core, an empirical science, the use of solid biological evidence should be enough to prove that biological difference between women and men is about the same as the biological differences between races: that is, for all intents and purposes, functionally irrelevant.  The differences among women, and the differences among men, turn out to be far greater than any small difference between males and females. There are no jobs for which only men or only women are qualified–that is, unless you are planning a career as a wet nurse or sperm donor.

Nor can we rely on religion. We all know there are plenty of biblical laws and admonitions that we happily ignore, without controversy. Death to shellfish eaters?  Crop rotators?  Football players (you can’t touch the skin of a dead pig)?  Those who work on the Sabbath? But there is one biblical law that remains eternal: love your neighbor as yourself.

The Bible I read counsels acceptance and love, forgiveness and compassion. It does not sanction the construction of concentration camps in North Carolina, nor the denial of rights to those who are different. We are all God’s children, it says, all equal in the eyes of God.  Only a dedicated, perverse reading of doctrine can countenance hatred. Bigotry is bigotry, and no recourse to religion can sanitize it.