A Black Eye is The New Black - Ms. Magazine
Skip to content 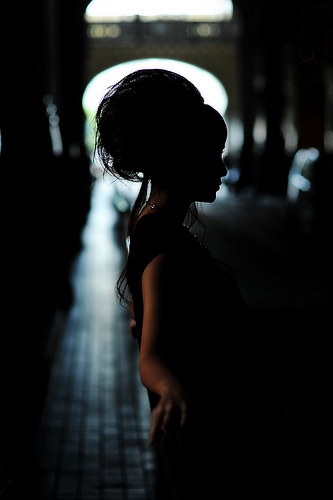 Treating women like dirt is hardly a new tactic for the fashion industry, with its long history of objectifying the female body, idealizing physically impossible beauty types and glamorizing violence against women. Bulgaria-based 12 magazine, however, has hit a new low with an inexplicable photo spread in its latest issue titled, “Victim of Beauty” [TRIGGER WARNING].

The six images are all close-up portraits of young, attractive white models sporting various gruesome injuries: one boasts a black eye, another a slit throat and a third sports a split lip and a bruised neck. Scrolling through this montage of burns, bruises and gashes, it’s easy to forget you’re looking at a “fashion” photo shoot; the images more closely resemble police files of horrendous domestic violence.

Were the magazine spread a deliberate attempt to raise awareness and generate conversation about our society’s failure to prevent and punish widespread violence against women, it might be possible to salvage an argument in its favor. But the spread contains no words or explanations to contextualize it, plus editors-in-chief Huben Hubenov and Slav Anastasov have actually gone on record arguing the photos can be interpreted as “beautiful”:

We believe that images such as ours can be seen from various angles, and we think that exactly that is what is beautiful about fashion and photography in general – that anybody can understand it their own way, and fill it with their own meaning. Where some see a brutal wound, others see a skilful (sic) work of an artist, or an exquisite face of a beautiful girl.

With these blithe words, Hubenov and Anastasov have not just admitted to cheapening violence against women but to actively eroticizing it as well.

We’re so accustomed to seeing the female body stripped, arranged in demeaning poses and digitally manipulated in fashion shoots that few even question what scantily clad, emaciated women have to do with selling a clothes. But the descent into sexualizing violence against women to hawk a few magazines is a truly dangerous trend. In Bulgaria, 12 magazine’s country of origin, one in four women suffers violence at the hands of a male partner. Its neighbors Turkey and Serbia have even worse rates of domestic violence (40 and 54.2 percent of women, respectively). Yet magazine editors think we need to look beyond the injuries and start seeing “beauty” in a maimed female face?

Hubenov and Anstasov do scramble to state that they “do NOT support violence of ANY kind, and this is NOT a shoot glamorizing or encouraging or supporting violence against women.”

But being part of an industry which refuses to take responsibility for constantly spewing out misogynistic images, they would say that, wouldn’t they?

Want to End Gun Violence? We Need Women at the Table 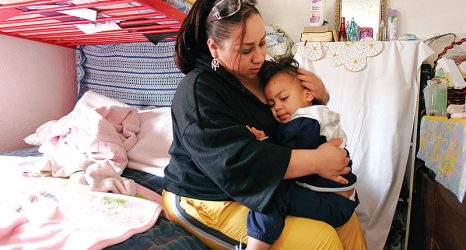