Saudi Women Will Not Be Competing In Olympics - Ms. Magazine
Skip to content 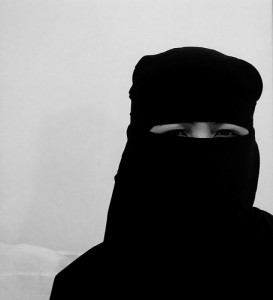 Just last week, there were hopes that all countries participating in the London Olympic Games would be represented by both men and women athletes. Apparently what seemed an achievable goal was too ambitious for 2012.

Men athletes qualified in track, equestrian and weightlifting, reported the pan-Arab daily newspaper Al-Sharq al-Awsat on Monday. An unidentified Saudi official explained that there would be no “female team taking part in the three fields.”

With very limited access to athletic facilities, this comes as no surprise. Women-only gyms were closed by government officials in 2009 and the country has only one private sports company with a women’s team. Access to athletics is just one of the countless ways in which Saudi Arabia restricts women’s rights. “[H]aving banned its women and girls from engaging in sports at home, finding one who’s had access to Olympic-level training is a long stretch,” said journalist Lara Setrakian.

The one Saudi woman Olympic hopeful, 20-year-old equestrian Dalma Rushdi Malhas, was born in America, gained Saudi citizenship and, with her parents’ financial assistance, was able to train in Europe. Unfortunately, after her horse suffered an unfortunate injury, Malhas was unable to qualify.

After Malhas failed to qualify, Minky Worden of Human Rights Watch commented, “It is 100 percent the case they knew she couldn’t compete when they made the announcement.” HRW is currently campaigning to ban Saudi Arabia from the London Olympics if they do not send women athletes.

Saudia Arabia claimed that, despite pressure from the International Olympic Committee, the government had no hand in keeping women from participating in the games. The IOC faces international pressure to challenge Saudi Arabia. Saudi women are not offered equal opportunity to participate in sports and train for the Olympics–a reality that stands in direct contradiction of the IOC’s charter, which states [PDF]:

The practice of sport is a human right. Every individual must have the possibility of practicing sport, without discrimination of any kind. [Any] form of discrimination with regard to a country or a person on grounds of race, religion, politics, gender or otherwise is incompatible with belonging to the Olympic Movement.

We will watch the London Olympics and we will cheer for our men competing there, hoping that some day we can root for our women as well. … When Saudi women get a chance to compete for their country, they will raise the flag so high.