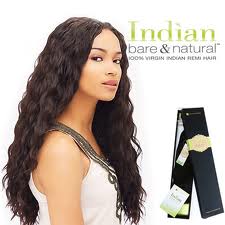 Like many over the past week, I have been tuning into numerous Olympic events, and gymnastics has been one of my favorites–not only because I love watching very skilled women do some incredible feats but because 16-year-old Gabby Douglas–the second African American woman gymnast to make the U.S. Olympic team–led her squad to an Olympic gold medal in the team competition and now has won gold in the women’s all-around.

Watching Douglas, I have felt a sense of pride that she is representing both U.S. gymnastics and black women around the world. However, I have been disappointed by the conversations happening on Twitter and around the blogosphere about her hair. There have been harsh comments that it’s too kinky, curly, nappy, unprofessional or unpolished. Beyond the criticisms themselves, it’s alarming how many of the comments have come from black women:

She needs some gel and a brush.

Someone needs to give her a hair intervention.

Similarly, a couple of weeks ago a photo of Beyoncé’s baby, seven-month-old Blue Ivy Carter, brought forth hateful blogs and comments:

Beyoncé really screwed up, having a baby by Jay-Z. His nose and lips are never going to look right on a girl.

Let’s pray Beyoncé’s genes kick in as B.I.C. gets older. All the money and talent in the world won’t take away from having Jay-Z’s features.

Nappy-headed kid. Wish Beyoncé had married a nice-looking man instead of Jay-Z.

I was speechless when I read these. While I just wanted to see more of Beyoncé’s adorable new baby, these people were waiting to see if she had African American features that they apparently see as ugly and unattractive. I was reminded yet again of how much black bodies and black hair continued to be politicized.

Growing up as an African American girl, my hair style and look determined my mood, confidence and self-esteem. I worried that if my hair was not long enough or straight enough to fit into a swinging and bouncy ponytail that I was going to be looked at strangely or feel unaccepted among both my black and white peers. When I was 10, I used to get into fights with my mother about getting a perm and making sure every strand of hair was straight on my head before I went to school. I was also very self-conscious about my lips.

Now, as a young black woman, I have come to realize that all of the anxieties I had about my hair and whether I would be socially accepted are a product of white popular culture being flooded with messages that associate black women with straight, long and blond hair as being “good,” “likeable,” “successful” and “sexually appealing,” while black women with kinky and curly hair are associated with pejorative terms. While this is the reality of U.S. culture, it is upsetting that too many black women feed into these messages. It is not uncommon to walk down the street and see black women with long weaves (usually from India) and often in a vibrant blond color. In all fairness to my black sisters, many black women have become part of the natural hair movement and rejected the white popular culture’s notion of beauty. However, there are still too many sisters that both consciously and unconsciously feed into a notion of “the more white, the better.”

Criticisms about Gabby Douglas’ hair have only reinforced these norms about when blackness does or doesn’t look beautiful. Why can’t some of my sisters just appreciate Douglas’s accomplishments and what she now represents for all black women and girls around the globe? Who cares if her hair is bone straight, wavy, curly or kinky? For goodness sake, she should be able to wear her hair any way that she feels comfortable. C’mon, my sisters, we can do better than this! We need to take pride in the accomplishment our little sister has made thus far and celebrate her amazing achievements!

Photo of a hair weave product from Bare & Natural.

Francesca graduated from Miami University in 2010 with a B.A. in Journalism, Black World Studies, with a minor in Political Science. She worked as an Ambassador for the Miami University Women’s Center. While there she was a writer and editor of the semester newsletter titled The Femellectual, planned and coordinated the annual Women of Color Celebration, and organized events around issues concerning domestic violence, body image, and women of color on Miami’s campus. In addition, she served in other campus activist organizations such as the Miami University’s National Association for the Advancement of Color People (NAACP) as the Membership Chair, where she played an active role in organizing and recruiting students for membership with the chapter. Francesca organizes campuses in the Mid-Atlantic region & Historically Black Colleges and Universities.