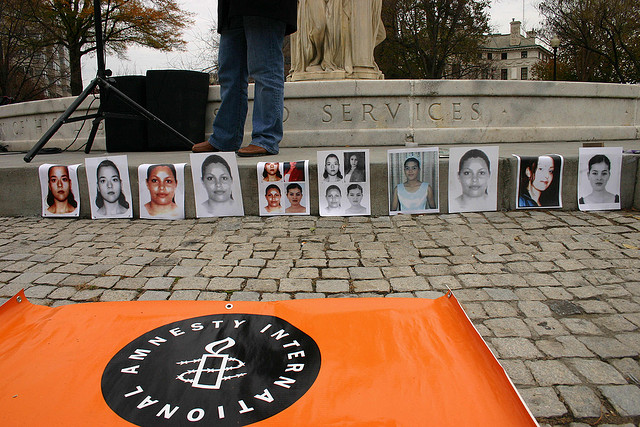 According to the Obama administration, one in three women worldwide has experienced physical or sexual violence in her lifetime. This ranges from intimate partner violence to sex trafficking and honor killings. “The forms of gender-based violence are varied,” says senior advisor to the president Valerie Jarrett, “but their scope and their impact are devastating.

… that gender-based violence undermines not only the safety, dignity and human rights of the millions of individuals who experience it, but also the public health, economic stability and security of nations.

Through this executive order, the Obama administration will implement a multi-year strategy that will increase prevention and response efforts among U.S. government agencies; integrate violence prevention efforts within existing government agencies; expand the U.S. government programs that address gender-based violence; and improve the collection and analysis of data and research. An interagency working group will also be created, featuring representatives from nearly all the federal departments, the Peace Corps and the White House Council on Women and Girls.

This isn’t the first time the president has made strides in advancing women’s lives around the world. Last December, Obama released the U.S. National Action Plan on Women, Peace and Security, an unprecedented policy to “accelerate, institutionalize and better coordinate” the government’s efforts to not only prevent gender-related violence but also include women in peace building and negotiations.

The Obama administration has also recently designed the 1 is 2 Many campaign, spearheaded by Vice President Joe Biden. A long-time advocate for ending sexual and physical violence against girls and women—then-Delaware Sen. Biden introduced VAWA in Congress in 1990—Biden’s campaign, led largely through video PSA’s, encourages the “new generation” to speak out against dating violence in the U.S.

The hopeful end result of these initiatives is clear: Women should not have to live in fear of being abused, assaulted or raped. As Obama acknowledged in his executive order, fear, violence and its subsequent effects on victims hinder women’s advancement as equal players in the world.