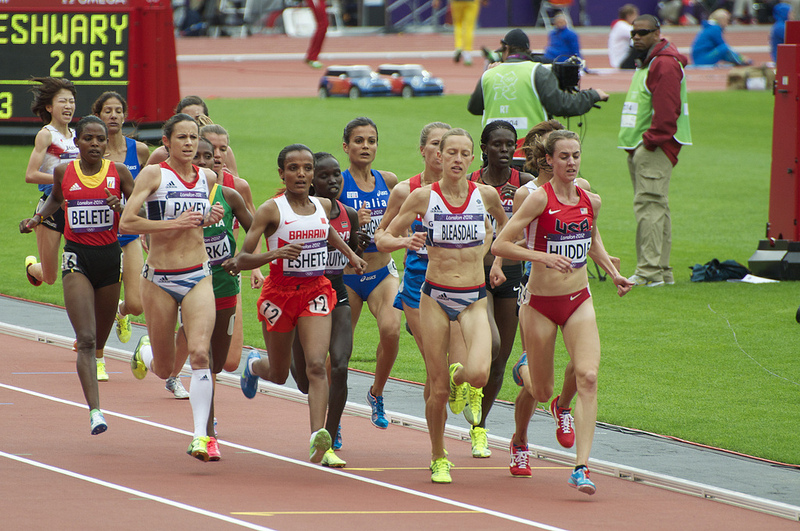 My own sports “career” ended at the ripe old age of 17, when I traded in laps around the soccer field for less athletic pursuits. Despite my lack of time on the field, I’ve still kept an eye on sports from the comfort of my couch, or even from the stands. Many other feminists have done the same, with some fans showing their love in blogs that tackle sports through a feminist lens.

Hot on the heels of this summer’s Olympics, and right in time for the Paralympics, the Femisphere dives into the wild world of sports. Sportswriting tends to be a niche reserved mostly for men about men, and, depending on the sport in question, the focus on women’s athleticism can sometimes feel like an afterthought. Fortunately, there are those out there devoted to not only reporting on women in sports but discussing sports in general from a feminist perspective. Each of the women profiled below places her own spin on all things athletic. 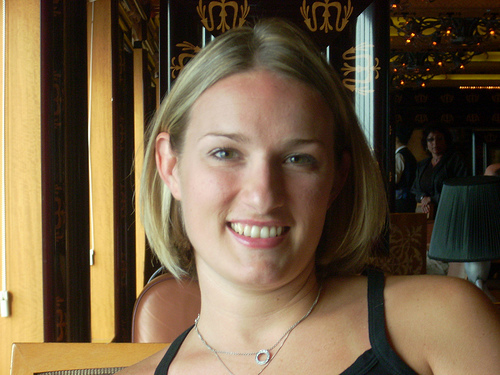 Name: Caitlin Constantine
Age: 32
Location: Clearwater, FL
Blog:  Fit and Feminist
Blogging Since: May 2011
Find her tweeting: @caitlinconstan
When not blogging: News writer and editor for a cable news station
Favorite sport: I am first and foremost a distance runner but I also really enjoy triathlon and duathlon. I pretty much live to train and compete in these events. I also played volleyball in high school and I still have a lot of love for the sport.

How did you start blogging about sports?
I started getting really into sports and fitness about five years ago, and as I became more immersed in redefining myself as an athlete I noticed that the realms of fitness and sports are just riddled with problematic gender politics. For instance, there’s a lot of concern among women about becoming too muscular, so you end up with this line of gender demarcation in the gym, where the women are on the cardio machines and men are in the weight room. A lot of women refuse to lift weights because they don’t want to “bulk up,” which is a phrase that makes me want to repeatedly bang my head against my desk.
I started looking at all of these things through my critical-feminist lens and I realized that I was not seeing any of this stuff addressed on the mainstream feminist blogs I read. Like, you’d see posts about Title IX or a terrible advertising campaign, but they would be pretty rare.  So I decided I would just write about sports and fitness from a feminist perspective, to kind of fill the gap that I saw in the feminist blogosphere. The ironic thing is that it was only after I started getting into this kind of blogging that I realized there were a lot of other women out there blogging about this stuff from a feminist perspective.

In what way does identifying as feminist make your sports blogging differ from those in the mainstream?
I come from a perspective that takes women seriously as athletes. I don’t look at us as amusing sideshows or as a source of T&A for Straight Dude Nation, and I don’t see us as inferior to male athletes by virtue of biology.

Viewing the world through that critical lens means I see a lot of things as problematic that other people take for granted as The Way Things Are. For instance, I find it concerning that we as a culture criticize women for being too strong and aggressive, even though we are so vulnerable to being raped and harassed.  It’s like, “We want you to know that you can be hurt at any time but don’t you dare fight back because that’s just unnatural.” I really want women to understand that this idea of us as physically weak and in need of protection is just an idea, and that it’s part of an overall set of social attitudes that seek to disempower women.

The flip side of that is that I bring passion for sports and athletics to the world of feminism. I’ve often noticed that a lot of feminists will criticize sports/fitness/athletics without really knowing much about it. I came across an article by a woman who admitted that she didn’t know much about sports, but then she went on to criticize the outfits worn by female track and field athletes. I suspect that if she had been a runner herself–or maybe had actually spoken to some runners–she’d know that a lot of us don’t really enjoy wearing loads of clothes when we compete, especially when it’s warm out.  I certainly don’t.

What are your thoughts on the mainstream media’s coverage of the Olympics?
A lot of it has just been embarrassing. I still recall watching John McEnroe go on and on about the bikinis worn by the beach volleyball players and wanting to throw my shoe at the television. And the whole thing with Fox about Gabby Douglas‘s uniform not being patriotic, and The New York Times’ Jere Longman’s hit piece on Lolo Jones … ugh. The common denominator in all of this problematic coverage was that it focused not on the athletes’ performances but on what they looked like.  Here you have all of these driven, focused women pursuing their moment of glory,  a moment that comes around once every four years, and all anyone can talk about is what they look like!  And then, of course, that sparked a reaction in which people criticized the criticism, and meanwhile I’m like “But what about the sports!?”

That said, I did come across a lot of reporting that I really enjoyed. I loved a piece I read about U.S. women’s soccer on Grantland, where the author talked about the team’s unpredictability on the pitch, and another piece about the way Abby Wambach used some cunning to force that ball-holding call in the match against Canada.  I liked stories I read about Diana Taurasi’s leadership on and off the basketball court, about Evelyn Stevens’ transition from life as an investment banker to a pro cyclist, about Kayla Harrison’s backstory as a sexual abuse victim-turned-gold medalist … really, I could go on and on.  The point is that there was a lot of great coverage out there but I had to go seek it out.

Post Pride:
Stop Using Fitness As a Weapon of Hate and Shame
What Open Water Swimming Is Teaching Me About Fear
(Olympic) girl love rules

How did you start blogging about sports? I was directing an LGBT sports project for the Women’s Sports Foundation and started as a part of that project.

In what way does identifying as feminist make your sports blogging differ from those in the mainstream? I see the sports world through feminist eyes. I make it a point to note the feminist and multiracial perspectives that need to be highlighted when discussing LGBT issues in sports.

What are your thoughts on the mainstream media’s coverage of the Olympics? I loved all the coverage of women’s sports, I just wish the commentators (and athletes themselves) would stop calling women athletes “girls.”

Post Pride: It is difficult to pick one. I am very proud of my blog. 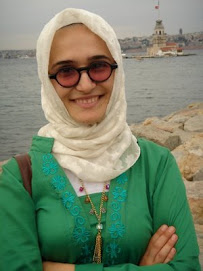 How did you start blogging about sports? I started publishing news across the world about Muslim women’s participation in sports after I decided to research the subject.

In what way does identifying as feminist make your sports blogging differ from those in the mainstream? I only publish Muslim women’s stories, that’s a plus. On top of that, I highlight the barriers Muslim women face within sports, many of which are related to the masculinist idea that governing bodies have regulatory power over women’s bodies. I believe it is very important to problematize such regulations, including national or international dress codes.

What are your thoughts on the mainstream media’s coverage of the Olympics? I think there was problem of sexualizing female Olympians, and feminists have criticised this problem already. As for Muslim women’s coverage in London 2012, the problem remained the same, since the same media sexualized Muslim women through their hijab/veiling. We can realize this with a closer look to the ways in which the media has overlooked the participation of many other (non-hijabi) Muslim women in the Olympics, which, I believe, is associated with the male-oriented colonial gaze.

Post Pride:
Portrayal of Muslim female athletes in the media: Diversity in Sport
“United We Stand”… no honour among bigots
Iranian Female Players’ Right to Unveil

We’ve rounded up some other wonderful feminist sports bloggers and have included them below. As always, please share your favorites and any others we may have missed in the comments!

After Atalanta – Tackling issues of homophobia, sexism, gender and more in the world of sports.
Bloomer Girls Blog – A blog started by two friends and sports fans who really love baseball. Looks at everything from gender in sports to what it means to be a female sports fan.
From a Left Wing – Posts about soccer (aka fútbol), gender and more at this blog from Jennifer Doyle.
POPSspot – Looking at power, oppression and privilege in sports.
The Rabbit Hole – “A socio-cultural commentary on anything related to sport, physical activity and health.”
Title IX Blog – All about Title IX, with a pretty heavy focus on sports.
Women’s Hoops Blog – Staffed by a team of bloggers, this site delves into all things basketball related.