The Return of the Headless Woman - Ms. Magazine
Skip to content 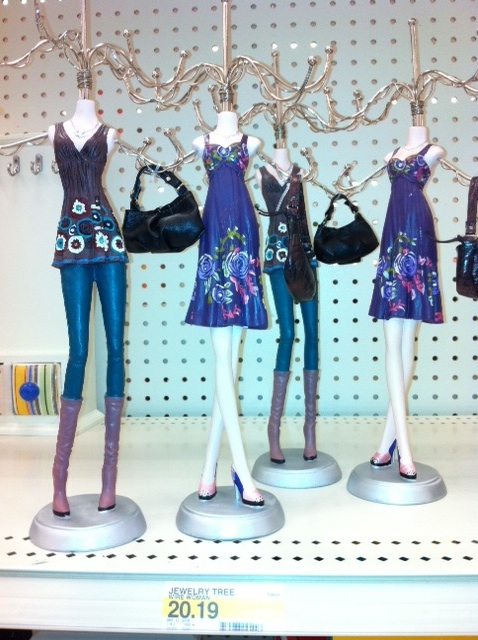 While living in North Carolina, I couldn’t help but notice the logo of a chain of local strip clubs—a graphic featuring the high-kicking silhouetted torso of woman within a circle—sans head. Not terribly surprising that a “gentleman’s club” would focus on women’s bodies while deliberately leaving out the part of us featuring face and brain, though.

Earlier this year I stumbled upon jewelry hangers in a Washington, D.C.-area Target—cute-at-first-glance but disturbingly headless purse-carrying torsos. After snapping these pics and discussing with some friends, one recalled The New York Times being called out on their use of headless female torsos in an ad campaign earlier this year.

Others have written about the trend of popular book covers featuring headless women, and of course history’s full of beheaded queens. What does it say of our society when depictions of women without heads—the home of the human thought and imagination—become so commonplace that we hardly notice? As Domestic Violence Awareness Month begins today, shouldn’t we pay extra attention to this sort of imagery?

There are too many nonfiction stories in today’s news of real women and children being beheaded at the hands of men. We don’t need fiction or pop culture perpetuating the brutally symbolic practice. Decapitation must not be a new design meme. Violent death is barbaric, intolerable both as reality and fashion trend.