Girls Have Their Day - Ms. Magazine
Skip to content 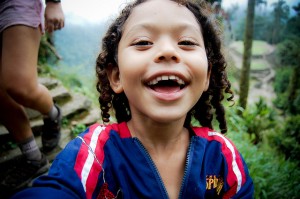 At Montclair (New Jersey) High School today, Emma Fishman will be busy passing out pamphlets to her classmates with facts about girls. The 17-year-old is one of many young people around the U.S. whose voices will carry through school halls announcing the first International Day of the Girl Child.

When we talk about women’s rights, the rights of girls aren’t always included. Forced child marriage, lack of opportunities for secondary education, genital mutilation—these are just a few of the issues primarily affecting young women around the world. Now, following a four-year campaign spearheaded by School Girls Unite, a girls’ advocacy group in Washington, D.C., and Plan International, a Canadian children’s development organization, the world has a freshly minted day of action to spotlight the potential of girls.

Formally adopted by the United Nations on Dec. 19, 2011, the International Day of the Girl Child celebrates girls as agents of change, recognizing the distinctive challenges they face and investing in furthering their rights. The U.N. General Assembly delivered a clear message: The cycle of pervasive gender inequality can be broken down early if we empower and educate girls.

While the problems of, say, child marriage may not be as prevalent in the U.S. as elsewhere, other difficulties face American girls: personal safety, distorted body images, educational equity, sex trafficking, early pregnancy. Fifty-four percent of rapes perpetrated on women in the U.S. occur before their 18th birthdays. More than half of 3rd-to-5th-grade girls worry about their appearances. The teen pregnancy rate is highest in the developed world, and the average age of entry into prostitution is between 12 and 14 years old. U.S. girls are more likely than boys to be malnourished, impoverished and face disease. And female genital mutilation isn’t just a problem outside the U.S.: Nearly 230,000 girls are at risk of undergoing the painful and life-altering procedure within our borders.

Since girls are regularly silenced in society, finding a viable platform from which to voice their injustices is critical. The U.N.’s endorsement of the day raises the visibility of this marginalized group, allowing girls to ally with peers and promote their concerns in public forums. On Oct. 11 there will be an online Virtual Summit, connecting girls worldwide through interactive message boards on which they can post videos or articulate their concerns and triumphs. An all-girl flash mob will spring up at Grand Central Station (shh, it’s a surprise!).

“The Day of the Girl is a chance for organizations who work for girls’ empowerment to join together and promote awareness,” says Ashley Steimer, director of Girls Learn International, a program of the Feminist Majority Foundation with chapters in high schools and middle schools around the country. “Everyone will join forces to recognize that when you leave girls behind, you’re doing irreparable damage to all humankind.”

Day of the Girl Child is a time to demand the respect and recognition girls deserve, but also to experience the power of activism and self-advocacy. Says Emma Fishman, “Advocating for girls’ education and basic human rights has given me a purpose.”

This piece also appears in the latest issue of Ms. magazine, now available on newsstands and by joining the Ms. Community.