Arrests Made in Shooting of Malala Yousufzai - Ms. Magazine
Skip to content 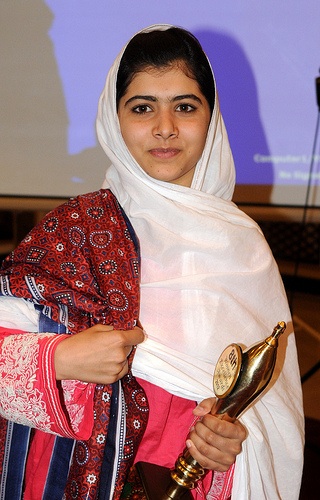 UPDATE: Malala Yousufzai has been flown by air ambulance to Queen Elizabeth Hospital in Birmingham, UK, a prime trauma center for military casualties. Yesterday, in Karachi, an estimated 10,000 people rallied in support of the injured girl.

Pakistani police are moving quickly in finding the individuals responsible for the assassination attempt of Malala Yousufzai. They’ve already arrested several suspects in the case of the 14-year-old activist who was shot by the Taliban for promoting girls’ education.

Malala, who lives in the Swat valley of Pakistan where the Taliban has risen to influence, came into the international spotlight when she documented the tyrannical tactics of the Taliban in a blog for the BBC. She was only 11 when she started doing this, and in subsequent years became even more outspoken in pushing for girls’ education.

This promotion of “Western philosophy” made her a Taliban target, a spokesperson for the extremist group revealed, and they decided to kill her two months ago in an orchestrated attack on a school bus. Malala’s family had been threatened three times but refused to leave their community.

A police chief from the region said he could not give any details about who was arrested since the investigation is ongoing. Investigators have also identified those who masterminded the attack but have not yet arrested them.

Malala remains unconscious and on a ventilator, but surgeons successfully removed a bullet from her neck. As soon as she’s stable enough, she will be transported to Germany for better medical treatment.