Why Labor Union Rights Are a Feminist Issue - Ms. Magazine
Skip to content 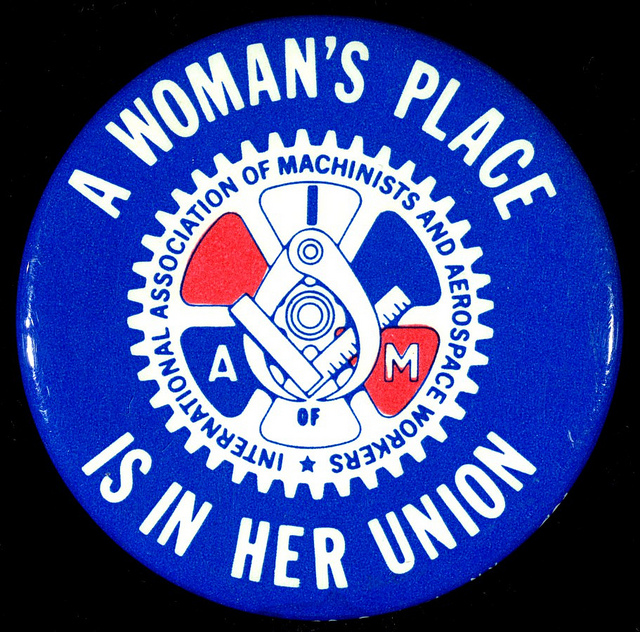 Amid fervent protests and desperate pleading, the Michigan House of Representatives passed legislation Tuesday that will drastically weaken public unions in a state once known for the strength of its organized labor force. Hours after passing the House, two “right to work” bills, which ban a requirement that nonunion employees pay union fees, were signed into law.

Republican lawmakers who pushed the legislation through in just one day argue that the bill is not anti-union, but is instead about improving Michigan’s struggling economy and giving employees the right to choose whether to support unions. House Democrats, organized labor leaders and supporters of workers’ rights who fought tooth and nail against the measure see it as a thinly veiled effort to drain unions of resources needed to effectively serve their purpose. If unions do not receive funding from nonunion employees, they will be less able to negotiate contracts and productively bargain with management. President Obama, who opposes the bill, said during a visit to a Michigan truck factory:

You know, these so-called right-to-work laws, they don’t have to do with economics. They have everything to do with politics. What they’re really talking about is giving you the right to work for less money.

Tuesday’s decision deals a particularly heavy blow because Michigan, home of the auto industry, is considered the “cradle of the [organized labor] movement.” For this reason, the sociopolitical and economic implications of this law being passed in Michigan are huge: the fact that unions suffered this hit in a state once synonymous with union power seems a microcosm of the decline of union influence in the United States.

While this new law is clearly a blow to workers’ rights, it is also a feminist issue. Most American women work, but are denied equal employment rights and fair pay; thus, many seek protection under labor laws by joining unions. Though union representation has declined over recent years, women are establishing an increasingly prominent role in the organized labor force. Today, some unions are more than 50 percent women. Organizations such as the Coalition of Labor Union Women are working to strengthen women’s roles in labor unions and increase their participation. Union leaders such as Rose Ann DeMoro, Sandy Pope and Mary  Kay Henry are beginning to challenge the male-dominated world of union bosses.

The Bureau of Labor Statistics reports that, in 2011, union membership was slightly higher among men than women (12.4 percent of men reported being union members versus 11.2 percent of women); however, that gap has shrunk considerably since 1983, when the unionization rate was 10 percent higher among men. This gap is projected to disappear altogether; according to a 2008 study [PDF] conducted by the Center for Economic and Policy Research

If the share of women in unions continues to grow at the same rate as it has over the last 25 years, women will be the majority of the unionized workforce by 2020.

The study also reveals that union women earn more money and receive better benefits than their nonunion counterparts. Report author John Schmitt writes that unionization raises women’s wages by an average of 11.2 percent (about $2 per hour) compared to non-union women with similar qualifications and characteristics. Moreover, among all women workers, “Those in unions were about 19 percentage points more likely to have employer-provided health insurance and about 25 percentage points more likely to have an employer-provided pension.”

Schmitt takes this data a step further and argues that a woman may be better off joining a union than earning a college diploma:

For the average woman, joining a union has a much larger effect on her probability of having health insurance (an 18.8 percentage-point increase) than finishing a four-year college degree would (an 8.4 percentage-point increase, compared to a woman with similar characteristics who has only a high school diploma). Similarly, unionization raises the probability of a woman having a pension by 24.7 percentage points, compared to only a 13.1 percent increase for completing a four-year college degree (relative to a high school degree).

So, a union woman will make more money and is significantly more likely to have health insurance and an employer-provided pension than a nonunion woman. When examining this information in conjunction with the gender-based wage gap that continues to cheat women out of a good chunk of their incomes, it is clear why union rights are also women’s rights.

Being allowed to organize and fight for equal pay and fair benefits is crucial to women in overcoming the wage gap and workplace discrimination. So when Gov. Snyder signed those bills and made Michigan a “right to work” state, he didn’t just diminish the power of unions: he actively set back the progress of women workers in Michigan, whose unions help them combat gender-based limitations.

Photo from the Minnesota Historical Society licensed under Creative Commons 2.0.