It's Time to Talk about Gun Control (Again) - Ms. Magazine
Skip to content 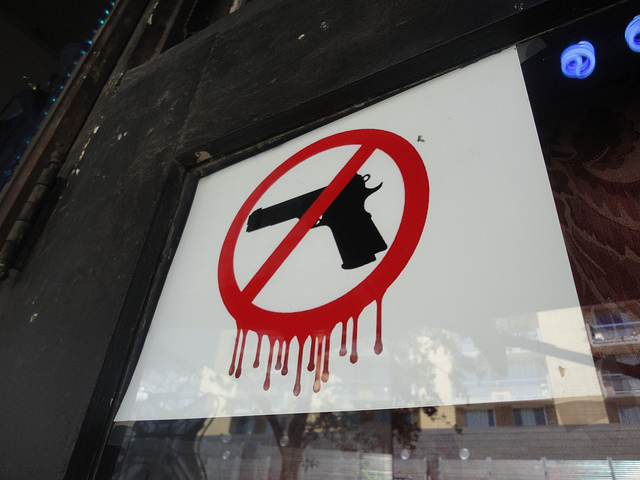 At least 27 people died at the hands of a gunman who unleashed terror at an elementary school today in Newtown, Ct. This mass shooting, the second-deadliest in United States history, is made even more tragic by the fact that 20 of the victims were elementary school-aged.

“The majority of those who died today were children, beautiful little kids between the ages of 5 and 10 years old,” President Obama said in a nationally televised address this afternoon. Fighting back tears, he continued: “They had their entire lives ahead of them: birthdays, graduations, weddings, kids of their own.”

The horrors in Newtown mark the 15th U.S. mass shooting in 2012. Eighty-four people died this year at the hands of these killers, a number higher than that of any other year in recent history.

Is it just a coincidence that this upward spike in gun violence occurs as civilians in the U.S. own more firearms than ever before? According to Mother Jones, America possesses nearly 300 million handguns, a 50 percent jump from the 200 million in 1995. Gun-related massacres have become increasingly common over those same years. Now, more than ever, is the time to acknowledge that our current gun possession laws are ineffective. Indeed, they’re tragic. It’s time to break the political stranglehold of the National Rifle Association and have a national conversation about gun control.

Our deepest sympathies are with the families and friends of the victims in Newtown. It feels like we’re all living in Newtown today.