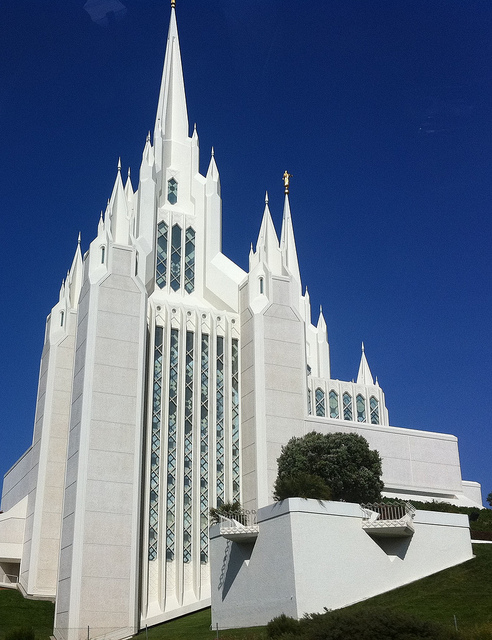 When a group of Mormon women began promoting “Wear Pants to Church Day” this month as a way to encourage a stronger voice for women in church affairs, they received an abundance of attention, ranging from encouraging support to bitter outrage. Apparently, some people were so threatened by the idea of women wearing pants to church that they felt the need to post death threats on the event’s Facebook page, including this frightening post from one visitor: “Every single person who is a minority activist should be shot … in the face … point blank … GET OVER YOURSELVES ….”

Due to the death threats, the Facebook page was taken down on Thursday night. However, prior to this it had garnered nearly 1,200 supporters. A new page was posted to continue the movement and encourage any woman who so desired to wear pants to church this Sunday.

Though the Church of Jesus Christ of Latter-Day Saints does not mandate that women wear skirts and dresses to services, it has long been customary that they do so. Women who are involved in this movement argue that they have for too long been expected to wear what Mormon men deem appropriate church attire. What’s more, the church has a history of distinguishing women’s roles from those of men–for example, women may not be ordained to a lay priesthood available to men and boys ages 12 and over. While the church states that women’s roles are different, not lesser, Mormon women’s rights advocates argue that men are given complete control over church management, and therefore have power that women do not. “Wear Pants to Church Day” is an initial attempt to establish a collective voice for Mormon women who seek equal access to that power.

On Sunday, Mormon feminists across the country will wear trousers to church, despite the outrage and criticism the Internet has thrown their way. Hopefully, their actions will instigate further change in regards to women’s rights and their place in the church. After all, attending church should be about honoring your religion and your community however suits you best, not upholding anachronistic gender roles. As one Facebook commenter puts it: “We are supposed to be members of a church that teaches love and tolerance and acceptance. Honestly, the hate I have seen about this issue leaves me wondering why people are members of Christ’s church if they can’t at least try to not judge others.”