10 Things American Women Could Not Do Before the 1970s - Ms. Magazine
Skip to content

In the 1970s, Irish women could not own their own home or even go to a pub. They could not sit on a jury or refuse to have sex with their husbands. We learned all this in a charming post from Irish Central. That made us wonder: What were things like for women in America before the ’70s?

It turns out that before the 1970s, an American woman could not…

#1: Keep her job if she was pregnant.

Until the Pregnancy Discrimination Act in 1978, women could be fired from their workplace for being pregnant.

#2: Report cases of sexual harassment in the workplace.

#3: Be acknowledged in the Boston Marathon.

Women could not don their running shoes until 1972!

Until the Equal Credit Opportunity Act in 1974, women were not able to apply for credit. In 1975, the first women’s bank was opened.

#5: Refuse to have sex with her husband.

The mid 70s saw most states recognize marital rape and in 1993 it became criminalized in all 50 states. Nevertheless, marital rape is still often treated differently to other forms of rape in some states even today.

#6: Compete as a boxer in the Olympics.

It wasn’t until the 2012 London Olympics that women could compete in boxing in the Olympics. This was marked with the amazing victory by Britain’s Nicola Adams.

#7: Get a divorce with some degree of ease.

Before the No Fault Divorce law in 1969, spouses had to show the faults of the other party, such as adultery, and could easily be overturned by recrimination.

#9: Have a legal abortion in most states.

The Roe v. Wade case in 1973 protected a woman’s right to abortion until viability.

Ms. was launched as a sample inset in New York Magazine in 1971.

Natasha Turner is a freelance journalist and editor based in London and a former Ms. editorial intern. 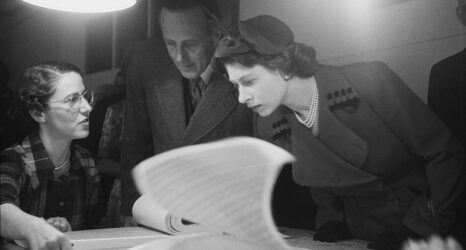 In 1953, ‘Queen-Crazy’ American Women Looked to Queen Elizabeth II as a Source of Inspiration