I’m a long-time fan of The Onion. I generally find it both intelligent and hilarious, their social and political commentary being more spot-on than that of many serious news sources.

That said, I find it especially disappointing when The Onion takes an all-too-common turn into misogyny. In February, they sparked outrage with a supposedly humorous but hugely insulting tweet calling 9-year-old Oscar-nominee Quvenzhané Wallis “kind of a cunt.” And on Tuesday they published a piece of satire about the sexual abuse of a 13-year-old girl.

Titled “Adolescent Girl Reaching Age Where She Starts Exploring Stepfather’s Body,” the piece seems to use sexual abuse only to elicit cheap, shock-value laughs. What is the clever commentary here? That family sexual abuse is so commonplace it’s become merely a ritual of adolescence? The article’s fictitious guidance counselor is quoted as saying: “It will probably take time for Heather to figure out what does and doesn’t feel good to her stepfather … But it’s all part of growing up, and she should know that she is taking a very important step in life.” Funny? No.

I do believe it’s possible to use humor as a tool to call out and criticize rape culture. Sarah Silverman can do it. But if that’s what this Onion piece is trying to do, it sorely misses the mark. Rather, this piece will certainly be triggering to survivors of incest and sexual assault, and won’t enlighten anyone.

Being both a feminist and a lover of comedy, there have been far too many times I have cringed when a comedian I enjoy and respect surprises me with a rape joke. I think it says a lot about the pervasiveness of rape culture that virtually no source of humor seems free from the occasional ha-ha about sexual violence. Often, feminists who are critical of such “humor” are told to “lighten up,” and to accept that misogyny in comedy as inescapable. But I don’t believe that we should simply have to accept that all comedy—even intelligent, left-leaning satire—is inevitably going to “go there.”

Onion writers, you’re smarter, funnier and better than this. And you owe us an apology.

Photo by Flickr user richard_north under license from Creative Commons 2.0 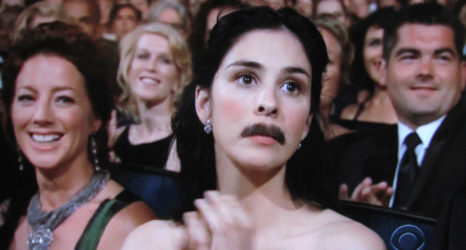