I stood in a darkened Orthodox church almost 20 years ago while a small Cretan woman proclaimed this to a young priest in heavy, black Orthodox garb. The intense matriarch yelled in a shrill voice. The young man had no other choice than to force our all-woman tour group from the church.

At first, I stood frozen. A shadow of shame and self-recrimination fell over me. Then, I stole a glance at the prim woman and let out a deep, soulful laugh.

What was our crime? We, group members led by feminist theologian Carol P. Christ, Ph.D., had adorned a kernos—an ancient piece of pottery or stone to which are attached smaller bowls for offerings—with fruits and vegetables. The other Cretan tour guide had also witnessed this with disapproval. Little did she know that we had visited various island ancient ruins and not only left offerings but poured libations of wine, honey and water, as outlined in the Homeric Hymns. At the ruins of a temple, we boldly recited Sappho.

Years later, I would read Donna Tartt’s novel The Secret History. The character who led a bacchanalian ritual justifies his actions by saying, “… if someone is to read Dante, and understand him, one must become a Christian if only for a few hours. …” In other words, one must become a Greek to understand the ancient mind. Yet unlike Tartt’s murdering Greek ritualists, we peacefully invoked the feminine side of God, offering eggplants and grapes and drinking fabulous wine. Still, much like Tartt’s students of antiquity, there was no way the rituals would not transform us.

We all had our own reasons for participating in these rites, and joining the “goddess” tour. A United Church of Christ minister and a Lutheran minister came for enrichment and curiosity. A radical feminist professor wanted to experience a separatist women’s religion, such as the one that theologian Mary Daly advocated. My assigned artist roommate—a young, hip Californian—was looking forward to the Aegean sky and olive trees, romances with handsome Greek men and a touch of counterculture. I was a young, cerebral Unitarian, filled with wanderlust and an inquisitiveness about the ancient world. I am not a Wiccan or pagan. I look at the Goddess as a metaphor that appears in all religions, including Judaism and Christianity.

While the priest had felt obliged to escort us out of his monastery, ancient Paliani convent nuns welcomed us graciously. The elderly women brought us demitasses of Turkish coffee and offered Greek pastries. They were delighted to meet two women clergy members. I smiled when the nuns called the female Lutheran minister “Father.” These nuns impressed me with their kindness and strength. An Orthodox doctoral student once told me that feminism was dangerous to the tradition. These women, who maintained a close relationship with our tour guide, Dr. Christ, did not appear to believe this. They led us to the monastery myrtle tree; the Panagia, She Who Is All Holy is said to live there. I gazed at the crutches, body braces and jewelry in the tree crevices that believers left. Ribbons adorned the branches. These hanging tamata (offerings), a tradition stretching back to ancient Greece, are symbols of the healing miracle that is hoped to happen or has occurred. As we encircled the tree, I felt a sense of renewal and tranquility.

Another adventure required a descent of four levels into the Skotino Cave, a site of ancient Goddess rites. At the bottom, we each held lighted candles in a circle, then extinguished them and softly chanted the words “light and darkness” for several minutes. After meditating in silence, we lit our candles again. Years later, my Jesuit graduate advisor who was a veteran, cynical newspaper reporter, would say, “Not exactly Plato in the cave, was it?” I could  only nod in self-conscious silence. As an ambitious professional, I did not know how to reconcile the dramatic  experience. The cave was an intuitive lesson, not an overt one. “Skoteini” means darkness. Dr. Christ made the point that blackness and darkness in modern and ancient racist societies are devalued. In the cave, I realized at a psychological level that darkness is not to be feared.

Before we explored the cave, our guide delivered a caged white hare to a  neighboring woman. After we emerged, with great hospitality she invited us to eat in her home. We feasted on course after course of Greek delicacies. Then, a cast-iron skillet filled with meat was passed around the table. I nervously smiled. “Bunny,” I said, laughing uneasily, as I passed the skillet to my neighbor who generously filled her plate.

Another site that affected me deeply was Knossos. I found the Bronze Age palace, reconstructed by English archaeologist Arthur Evans between 1905 and 1930, breathtaking. Ruins humble a person to the core. As I walked amid the stone steps, I imagined the proud, peaceful Minoans who walked those halls. I stared into the vivid frescos of women dancing and boys vaulting bulls.

Evans discovered the Minoan Snake Goddess in the temple repositories. Bare-breasted, this stern-faced goddess balances a cat on her head and extends strong arms that hold snakes. Many young feminists tell me that she represents strength. I have a small symbol from a snake goddess tattooed on my left breast; I needed to have an excisional biopsy there at 42. The tattoo next to the scar is a physical reminder that I participate in the dance of life, just like a snake goddess.

Recently, a mammography technician asked me the tattoo’s significance. I mumbled something quickly, in awkwardness. I wanted to dismiss my Crete experience and condescendingly say, “It’s all just woo woo. Superstitious nonsense.”

Yet, I can’t. Something happened in those dank caves, archeological sites, labyrinths and museums almost 20 years ago. This rational Unitarian was moved during these rituals in which we honored the divine feminine. I encountered the Divine not just in a revered image; I felt her within myself. Indeed, I understood for the first time Ntozake Shange’s words:  “i found god in myself and i loved her, i loved her fiercely.”

A fourth-generation native of Hawaii, Carrie M. O'Connor earned a master of arts in journalism and communications at Marquette University in Milwaukee. She has worked as a journalist in both locales. She also writes and publishes fiction. 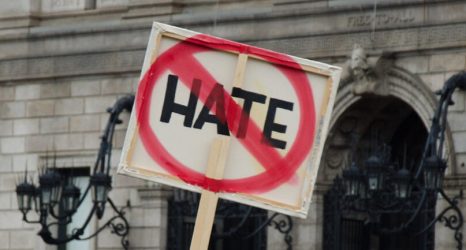 We Need to Talk About College’s Anti-Semitism Problem

Constitutional Rights for the “Unborn” Would Force Women to Forfeit Theirs
The Ms. Q&A With Ani DiFranco: “You Have License To Be All the Aspects of Yourself and To Be Unashamed of Them”
“Care is Infrastructure, Silly”: Feminists Defend Caregiving Funding in Biden’s Jobs Plan