Why We Vote (And You Should, Too!) - Ms. Magazine
Skip to content

When I was younger, I viewed the idea of voting in elections with irreverence. What difference could my one vote make in the future of our country and its laws? Voting seemed to be a futile pursuit, an opiate to make the masses feel better about their irrelevance in the halls of power.

As I grew up and became more and more aware of what it meant to be a black woman in America, I realized that I owed it to myself and those who had come before me to always exercise my right to vote. Enfranchisement was a hard-won right that historically was only granted to certain groups. The ability to participate and engage in a democracy is a sign of equality, and by casting a vote I’m affirming my right to exist as an American, an identity that has traditionally been gendered and racialized.

My freshman year of college, my African American studies professor, quoting Gandhi, told the lecture hall, “Almost everything you do will seem insignificant, but it is important that you do it. ” The words were seared into my budding political consciousness and pushed me to cast my first vote ever for the first black president of the United States.

I’ve been an avid voter ever since. I saw that voting apathy signified not disillusionment with current hegemonic structures but a complicity in those structures. By voting for or against something, I’m making my voice heard and countering the centuries women and blacks have been systematically treated as non-citizens.

And my vote is not just a shout into the wilderness.

When black women show their might at the polls, they usher in decisive wins. Just look at the presidential elections of 2008 and 2012. Young black women led the youth turnout in the 2012 election and outvoted their white women counterparts by 11 percentage points. In a political atmosphere that frequently neglects the needs of black women, this type of voter engagement is something to be noted. It represents a demand to be listened to, counted, acknowledged.

As a demographic that experiences socioeconomic inequality more than anyone else and often shoulders the brunt of society’s pitfalls, we have much to gain and nothing to lose by casting informed votes.

I grew up right outside of Lansing, Michigan, smack-dab in the center of both the state and the political scene. Michigan is a truly lovely state, full of Midwestern warmth, northern sand dunes and a widespread love of the Great Lakes. I was fortunate to grow up with Jennifer Granholm as governor of the state, a driven, brilliant and compassionate politician. I wanted to be like her: She made me care about politics, and she worked throughout her two terms to bring reform to education and social policies. With Granholm, politics were always woven with hope.

Yet in the last four years, Michigan has swung alarmingly conservative in both fiscal and social issues. Governor Rick Snyder’s administration has managed to unravel some of my deeply embedded state pride. We’ve seen cuts in education funding, the creation of an appalling “rape insurance” bill, and the leasing of state land for oil and gas development. Ultimately, I want my Michigan pride back, and this November I vote because I want a state legislature and governor that support my rights as a woman, as an environmentalist and as a proponent for social reform.

I’ve had 46 years of disillusion with the political process in the U.S., starting in 1968 when the Democratic National Convention began in high hopes and ended with Chicago Mayor Richard Daley calling out 23,000 police and National Guardsmen, who then beat up demonstrators who wanted to end the war in Vietnam. The middle-of-the-road candidate (Hubert Humphrey) was nominated for president rather than the gutsy anti-war candidate, Eugene McCarthy, and a “peace” plank was voted down by delegates. It was a huge bummer, as we said in those days.

I wasn’t even old enough to vote at the time (you had to be 21), but even my disgust at the force used to stifle dissent by the supposedly liberal political party my family had long supported didn’t deter me from the polls three years later. I couldn’t wait to vote. My mother had often worked at our neighborhood polling place—the house across the street from us—and at the end of the day would let me mark a sample ballot with the little black-cross stamp. I longed for the day that I, too, could go behind the curtain of the small voting booth and make my opinion count.

I think I’ve missed maybe one chance to vote ever since. Obviously I’ve been disapppointed many, many times (uh, the Nixon Years, the Reagan Years, the Bush Years …), and often because promises weren’t kept by my candidate (as when President Bill Clinton instituted Don’t Ask Don’t Tell instead of allowing LGBT Americans to serve in the military). But none of those experiences could stop me from voting. I’m a realist: I vote for the best possible outcome, not some perfect one, because (for example) I’d rather have had Al Gore as president than George W. Bush, even if Ralph Nader’s politics were more “pure.” In presidential elections, I have focused on a few key changes that I know my candidate will make (such as ending the Global Gag Rule or naming more progressive justices to the Supreme Court); I don’t expect him or her to deliver everything I might want.

My single vote isn’t earth-shattering, but I believe it has a butterfly effect. If I don’t vote, I have no right to complain. When I do vote, I’m reinforcing an image of the world as I want it to be.

There are more than 13 million permanent residents living in the United States (I’m one of them) and more than 11 million undocumented immigrants. Together we make up about 8 percent of the U.S. population—and none of us can vote on Nov. 4th. When you tick off a candidate’s name, or vote on a ballot measure, know that your choice affects more than 24 million people who don’t get a say, although we have to live by the rules. I need you to vote in the midterm election because I don’t want to see the reproductive rights of women across the country—who can’t take a democratic stand for themselves—stripped. Your vote matters. Use it!

In fall 2008, I had just left school and was living in New York City, working most nights and weekends at an English pub in the West Village. The upcoming presidential election was weighing heavy on the minds and hearts of most New Yorkers, but for me, a carefree 20-something playing grownup, my passion for politics burned only as hot as to stoke the flames of drunken debate in dim dive bars on the Lower East Side. Voting is a right, to be sure, but was it really important I exercise it personally?

The energy of New York on Election Day 2008 was even buzzier than usual. The excitement building around the possible election of America’s first African American president was almost unbearable. The stakes were high, but nonetheless I chose to sit this one out, opting instead to show my patriotism by tuning all the pub’s TVs to election coverage and slinging candidate-themed alcohol shots like the blue-tinged “Obama Slammer” and the right-leaning “Republican Mind Eraser” at $5 a pop.

When the kitchen manager, Garcia, called me into the food preparation area, I was expecting to hear a list of election-themed food specials to complement our beverage offerings. Instead, there was Garcia, standing over the stove top, beaming with pride as he pulled at the pocket of his shirt, a glossy “I Voted” sticker catching the florescent light overhead.

Garcia had immigrated from Mexico to The Bronx in his early 20s. He and his wife worked hard and did well, sending their son to private school and college. That Election Day morning, after working a late shift the night before, he rose at 5 a.m. so that he could be the first in line to cast his ballot for Barack Obama—the very first United States election in which he was eligible as a citizen to vote. I remember catching Garcia’s eye as he stood in the kitchen doorway, watching the television as the newly anointed First Family walked onstage to thank everyone who’d voted. Garcia smiled broadly, his eyes moist with emotion, and pointed to the “I Voted” sticker still stuck to his shirt pocket. In that moment, I realized voting is not only a right but a privilege—one I had sorely taken for granted.

This Nov. 4, when you feel you’re too tired, too busy or too disinterested to cast your ballot, remember this. Consider the projected 600,000 disenfranchised voters in Texas, among other places where voting rights are being chipped away. Think on the historical fights for suffrage for women and African Americans and immigrants. And then VOTE!

Think of all the things at stake in this election, such as voter suppression, minimum wage and women’s reproductive health. Colorado and North Dakota, for example, have dangerous “personhood” amendments on their ballots that would prioritize embryos over living, breathing pregnant women. Moreover, Amendment 67 and Measure 1,  if passed, could ban all access to abortion even in cases of rape, incest or threat to a woman’s life. If young people do not mobilize and vote, women’s bodies could be criminalized for something so common as a miscarriage. Pretty soon, they’ll be incarcerating women for releasing eggs during their menstrual cycles if they don’t get fertilized!

We must continue to make sure women maintain the right to decide when, where, how and with whom to create a family. Vote on Nov. 4th!

By the time there was an election I was old enough to vote in, I was in college and busily dissecting issues with the American political system. A couple of years before then, when I was still in high school, I had been ecstatic at President Obama’s election victory. He seemed like such a promising figure (politicians are good at making you think that) and his win had shaken me out of my jaded belief that I would be on the eve of death before a black/bi-racial president would be elected. But it didn’t take long for me to realize how systematically problematic many of Obama’s policies were. With that piled on top of corruption among politicians and the dominance of the Republican/Democratic binary, I became deeply disenchanted with our political system.

However, while I believe the U.S. political system is deeply flawed, criticizing it and then not doing anything is definitely not the way to go. Every two years, there are people running for office and propositions being presented that can make real change in this country. And despite corruption, there are good people running for office. Sometimes positive change is just in one city. Sometimes it’s in a county or an entire state. But it still makes a difference. Arguably, the laws closest to home, as opposed to those at the federal level, can make bigger differences in our lives and our communities—such as efforts to decriminalize nonviolent crimes or protect local natural resources. Real political and social change doesn’t just happen with the election of a new president; it happens here at the local level where our votes matter more. That’s why I vote. 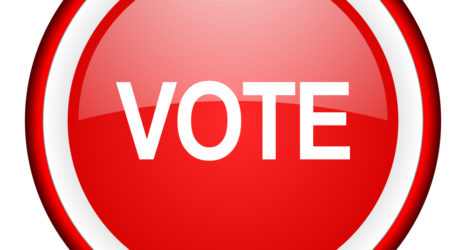 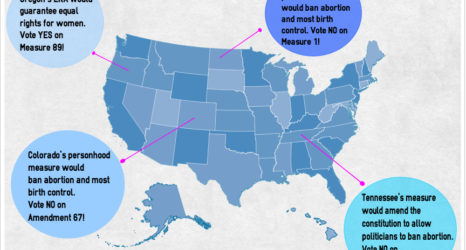 What’s at Stake: Ballot Measures in Your State