The Pregnant Workers Fairness Act was reintroduced in Congress this week, this time with bipartisan support. The bill was first introduced more than two years ago but never passed.

The legislators were moved by the story of Peggy Young, whose case was decided March 25 by the Supreme Court. Young was a UPS worker who was forced onto unpaid leave because she asked for lighter duties (per her doctor) while pregnant. In a 6-3 decision, the Supreme Court vacated a lower court ruling that favored UPS and its accommodations policy, though it did not say that UPS had discriminated against Young because she’s a woman.

In his majority opinion, Justice Breyer argued that “…an employer may not distinguish between pregnant women and others of similar ability or inability because of pregnancy. Here, that means pregnant women are entitled to accommodations on the same terms as other workers with disabling conditions.”

Although the decision was in some ways a win, many at the time drew attention to the lack of federal legislation in place to protect pregnant workers. Laws such as the Americans with Disabilities Act protect people with disabilities without requiring them to provide proof of their able-bodiedness. Pregnant workers such as Young, however, are often forced to give doctor’s notes and other medical evidence to receive the help they need, which can be burdensome for expectant mothers. This is why many civil rights advocates have been pushing for Congress to pass the Pregnant Workers Fairness Act (PWFA).

Some states have already introduced their own laws—15 states have some legislation in place to protect pregnant workers. But as the ACLU pointed out following the decision in Young v. United Parcel Service, a federal PWFA “will further enshrine the principle that pregnant workers should not have to choose between their jobs and a healthy pregnancy.”

Emma Niles is a recent graduate of the University of California, Santa Cruz and an editorial intern at Ms. 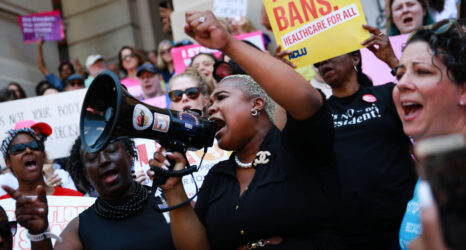 Post-Roe America Will Lead to Increased Criminalization of Pregnant Women. Here’s How to Protect Them