With North Carolina’s HB2 “bathroom bill” now behind us, it’s worth remembering that the state’s House Speaker and other male members of the legislature routinely promoted the law as a way of “protecting” North Carolina women like me and my teenage daughter. The truth is that it didn’t—and legislation like it never will.

Among other things, HB2 required transgender people to use restrooms corresponding to the sex on their birth certificates in many public buildings—effectively banning trans women, who already face disproportionate risks to their lives and dignity in public and especially in public restrooms, from using women’s rooms. The Associated Press tallied billions of dollars lost by the state from pulled and cancelled conventions, sporting events, concerts and business expansions in protest of the law, which was rescinded in part early this month after more than a year on the books, but HB2 supporters—and those supporting yet a new bathroom bill, HB562—believed their law would heroically save my daughter and me from a bad guy in the stall next door.

These were just a few of the more than 40 women and children whom the North Carolina Coalition Against Domestic Violence catalogued as having been shot, beaten, strangled, stabbed or run over allegedly by a husband, boyfriend, fiancé, father or stepfather during the year that North Carolina legislators began “protecting” women and children from transgender people (or from the many fakers whom we were told would materialize) in our public bathrooms. They ranged in age from just 2 up to 84.

In the future, North Carolina lawmakers should stop pretending their goal is to “protect women” when they attack other women with legislation like HB2—and do nothing to address the real threats in women’s lives. They should stop saying they’re “protecting” my daughter or me or any other women in North Carolina from imagined, made-up threats when, by far, most of us really aren’t afraid of the trans woman in the stall next to us—whom I promise wants privacy just as much as I do and who would suffer more from being banned from her rightful restroom. They should stop patronizingly pretending that legislating who gets to use which bathroom will “protect” women and children while dozens and dozens of them will die not at the hands of a stranger in the next stall but at the hands of the men they share dates and homes and often some sort of love with.

Before lawmakers act in the name of North Carolina women again, they might think about conducting a reliable, random, anonymous survey that asks women how often they worry about the “threat” that HB2 allegedly addressed. Then they should ask how many of us have been afraid of a man who supposedly cared for us. And they should think about Mary, Sheryl, Rebecca, Elizabeth, Lacey, Iris, Charlene, Garlette and Bryana when asking that question. Then, perhaps, they can act in our name.

Cindy Elmore is an associate professor in the School of Communication at East Carolina University in Greenville, North Carolina. She does research on gender issues in journalism culture and content and in historic struggles for editorial freedom. Prior to getting her Ph.D., she was a newspaper reporter for 18 years, and did reporting from 18 different countries. 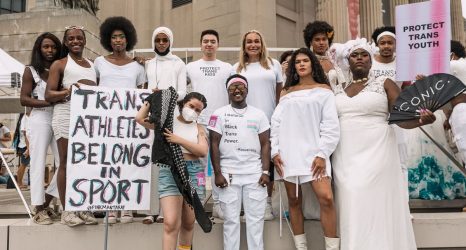 Halfway Through the Year, 2021 Is Already the Worst Year Ever for Anti-Trans Legislation 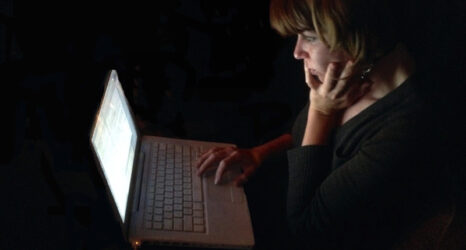 Women in Academic Medicine Wait for Our #MeToo Moment
Texas Democrats: On Abortion Rights and Voting Rights, “I Don’t Want To Go Back”
How to Build On the Generation Equality Forum