The importance of taking a stand, of fighting back, of resisting and persisting. These are the truths of Wonder Woman. That is why we decided to put her on our cover again—45 years after she leapt off the front of our very first issue. And because Wonder Woman’s beliefs in sisterhood and equality, and the use of power in pursuit of justice, are still the driving values for Ms. today—all these years later.

When Ms. started in 1972, abortion was illegal, Title IX had just passed, newspaper help-wanted ads were still divided by “male” and “female,” and sexual harassment was just part of the job. Indeed, over the past 45 years we have come a great distance, and Ms. magazine’s reporting has helped fuel that change.

Yet the gains we once thought were secure are now under constant threat. Roe v. Wade may hang by a single vote in the U.S. Supreme Court, and this year brought a new round of harsh state laws and congressional attempts to restrict access to abortion or make it illegal altogether. In one of his first acts in office, Trump not only reimposed but also expanded the Global Gag Rule, which endangers the lives of millions of women around the world.

Trump’s Department of Education is intent on gutting Title IX enforcement, and will avoid holding schools accountable for preventing and addressing campus sexual assault or for meeting transgender students’ needs. He threatens to turn back the clock on 50 years of progress with his systematic efforts to dismantle the various department offices responsible for enforcing civil rights laws meant to prevent discrimination on the basis of sex, race, disability, age and sexual orientation.

But just like Wonder Woman, women aren’t retreating—we are leading the resistance. On January 21, millions of us marched. Since then, we have continued to rally and organize: We flooded Congress members’ town hall meetings, jammed their office phones with calls and sent millions of postcards and emails. Disabled women (and men) in wheelchairs and on respirators were arrested for sitting in at Sen. Majority Leader Mitch McConnell’s office. And as Ms. reported in our Spring issue, record numbers of us have stepped forward to run for public office—from city halls to state legislatures to the U.S. Congress.

Massive grassroots organizing has made a decisive difference. Although we have lost some battles, we have also won some. Opposition to nearly all of Trump’s cabinet nominees was so massive (the most “no” votes in U.S. history) that some were forced to withdraw before they could be voted on. Others squeaked by with party-line votes. So unprecedented was the outcry against the efforts to dismantle the Affordable Care Act that the Trumpcare repeal and replace went down—for now.

Roots in the ground. Not backing down. Resisting. Persisting.

To celebrate the first 45 years of reporting, rebelling and truth-telling, in our anniversary issue we look back at some of the key moments in our history and share some of our readers’ memories of how Ms. changed their lives. We’re including the names of hundreds of supporters who have stepped up to boost us into the future we’re envisioning. To this day, Ms. is sustained by our readers—not by corporate advertisers.

You can now get Ms. on your phone or tablet. Thousands of college students use our innovative Ms. Classroom readers. And our online presence continues to grow with the Ms. Blog, and on Facebook and Twitter, reaching millions of readers throughout the U.S. and around the world. In these troubling and challenging times, we promise to keep uncovering and exposing the forces opposed to equality, to keep celebrating women’s progress here and around the world, and to continue spreading feminist ideas and activism.

We promise to keep making history, pushing forward and inspiring a movement that has changed the world.

This piece appears in the Spring 2017 issue of Ms. Subscribe today to get a copy! 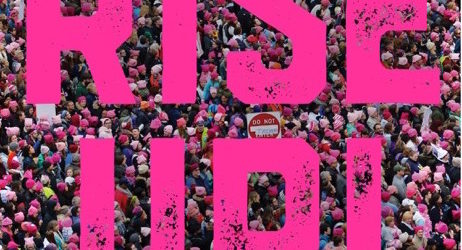 It’s Not Too Late to Get Our Spring Issue!