Welcome to this week’s Feminist Fix—a round-up of links we loved and news you shouldn’t miss.

+ The University of Notre Dame will no longer cover birth control under their university health insurance plan unless it is for an explicitly medical reason beyond preventing pregnancy.

+ The NYPD is building a case against Harvey Weinstein.

+ Women are speaking up about the abuse levied at them by Michael Hafford, a former Broadly contributor and self-proclaimed male feminist who built a career on being a visible ally.

+ The Senate has confirmed a judicial nominee with a dangerous agenda to the 7th Circuit Court of Appeals. Amy Coney Barrett, a former clerk for Antonin Scalia and law professor at Notre Dame, faced opposition to her appointment based on past remarks that said judges’ Catholic beliefs should take precedent over the rule of law in the Constitution.

+ A new petition demands that Casey Affleck be prevented from presenting at the next Academy Awards ceremony due to allegations of sexual harassment.

+ Senator Kirsten Gillibrand has introduced legislation to combat sexual harassment in Congressional offices—and on the floor.

+ Whole Woman’s Health is expanding abortion access with the opening of two new clinics in Virginia and Indiana.

+ Senator Tim Kaine on the role of men in the fight against sexism: “I am personally committed to doing this each and every day: I will forcefully condemn sexual assault and harassment, wherever it occurs. I will not turn a blind eye to sexism and will call it out as unacceptable whenever I see it. I pledge to hold the men around me accountable and not dismiss lurid descriptions or grotesque conduct as ‘locker room talk’ or ‘boys being boys.’ It’s not enough for us to write that we condemn these despicable behaviors. We should use the advantages, opportunities and, all too often, passes that are given to us by virtue of being men to fight back and speak out against sexism and abuse.”

+ Sahana Kumar, one of two women spearheading the redesign of the speculum, on how far gynecological equipment hasn’t come: “It’s really just abominable that it’s still being used in exam rooms today.”

+ Seattle Storm Forward Breanna Stewart on telling her story as part of the #MeToo movement:

That’s why I’m writing this. This is bigger than me.

I’m still working through what comes next now that I have told my story. In sharing, I know that no matter how uncomfortable I typically am making things about myself, as a public survivor, I now assume a certain responsibility. So I’ll start by saying this: If you are being abused, tell somebody. If that person doesn’t believe you, tell somebody else. A parent, a family member, a teacher, a coach, a friend’s parent. Help is there.

Part of why I waited so long to tell so many people — even those very close to me — is because I don’t want to be defined by this any more than I want to be only defined by how well I play basketball. Both things are a part of me — they make me who I am. We are all a little more complicated than we might seem.

And I can finally sleep.

+ Dahlia Grossman-Heinze in Bitch on sending the witch hunt to Woody allen’s door: “Having spent the last 40 years of his life making films about the abuse he commits in his personal life, Allen’s career is a surreal metric for the lengths Hollywood will go to in order to protect its male auteur darlings. Allen is afraid of a witch hunt coming for him, but he’s laid out bread crumbs for us the whole way.”

+ It’s official: Wonder Woman is the highest-grossing superhero origin film of all time.

+ Meet Emily Wilson, the first woman to translate The Odyssey into English.

+ Only one woman entered the first NYC marathon. This year, over 21,000 have registered to run. 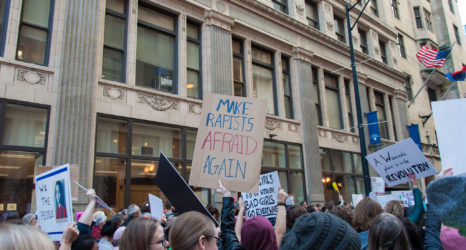 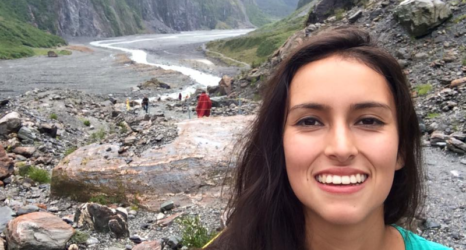