As Congress continues its hearings for Alex Azar, Trump’s new nominee to head HHS, we should take a close look at what’s happening—and who’s pulling the strings—in the agency charged with, in its own words, “protecting the health of all Americans and providing essential human services, especially for those who are least able to help themselves.” That doesn’t leave room for zealots and idealogues with their own agendas—but the Trump administration is doing its best to make space for them.

In the coming days, the U.S. Department of Health and Human Services is expected to open the application process for Title X, which provides funding that gives millions of low-income women access to comprehensive reproductive health care. As the story seems to always go in Trump’s administration, the official charged with administering the program does not believe in its very mandate. Teresa Manning, the deputy assistant secretary of the Office of Population Affairs, has worked for two arch-conservative and anti-abortion organizations—the National Right to Life Committee and the Family Research Council.

Manning once declared that “family planning is something that occurs between a husband and a wife and God, and it doesn’t really involve the federal government,” and she also told NPR that “contraception doesn’t work.” And she worked on a book that called contraception and abortion “agnostic secularism” that “underlay the Nazi extermination of the Jews;” in a separate chapter she argued that the trauma from abortion is “transmitted across the placental barrier” to burden future children with “existential guilt” that may lead them to “violence” and “terrorism.”

This is beyond religious ideology or junk science. This is nonsense. As Dawn Laguens of Planned Parenthood noted: “This is the fox guarding the hen house.”

One can surmise that what comes next is an unraveling. HHS could change Title X funding priorities and guidelines in favor of unscientific and ineffective family planning methods—and the women and families most in need of resources will be deprived of them. Already, memos leaked from the White House have promoted abstinence and the “rhythm method,” one of the least effective forms of birth control. The administration could shift funding from legitimate health clinics to misleading and dangerous so-called “crisis pregnancy centers”—or go so far as to reinstate the “domestic gag rule,” completely eliminating funding for Title X providers that pay for abortion care with their own funds, or even provide counselling or referrals for abortion services. Planned Parenthood has long been in the administration’s cross hairs. Meanwhile, Congress continues its efforts to gut the Affordable Care Act and has failed to fund community health centers across the country.

The anticipated dismantling of Title X also comes on the heels of the sudden elimination of the very successful Teen Pregnancy Prevention Program (TPP), a program started under President Obama. And so enters another Trump appointee, Valerie Huber, chief of staff to the assistant secretary for health and one of the key officials connected to both TPP and Title X.

Huber is an advocate for abstinence-only education who previously led a national abstinence education association and an abstinence program in Ohio which research found used “false and misleading” information on contraceptives, abortion and sexually transmitted infections and presented “destructive, inaccurate gender stereotypes” and “religious convictions as scientific fact.”

We know that there are higher teen pregnancy rates in states with abstinence-only education, and that abstinence programs don’t reduce rates of sexually transmitted infections. But incredibly, now in her new position at HHS, Huber oversees the Offices of Population Affairs, Women’s Health, Minority Health and Adolescent Health.

Rachel Fey of the National Campaign to Prevent Teen and Unplanned Pregnancy noted that TPP funds were to serve 1 million youth across the country, with a focus on vulnerable communities. Thanks to critical programs like Title X and TPP, teen pregnancies have been at a historic low. A recent study concluded that a 36 percent drop in the teen pregnancy rate in recent years could be attributed to increased use of effective contraceptives among teens.

All of the progress in unplanned pregnancy rates, the growth of comprehensive and culturally competent sex ed—all of that could be undone under Trump with these appointees at the helm. This is a national crisis in slow motion. The elimination of TPP and further erosion of effective family planning through Title X would devastate any semblance of reproductive justice in this country, taking away resources and rights for low-income families, disparately impacting women of color, and leaving the very idea of choice a luxury for the privileged few.

“To walk away from all that work,” Fey said, “would be like building half a skyscraper.”

Dawn Huckelbridge is the Senior Director of the American Bridge Women's Rights Initiative. You can follow her on Twitter @dhuckelbridge. 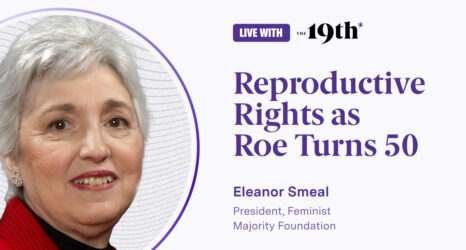 RSVP: Reproductive Rights on the 50th Anniversary of Roe 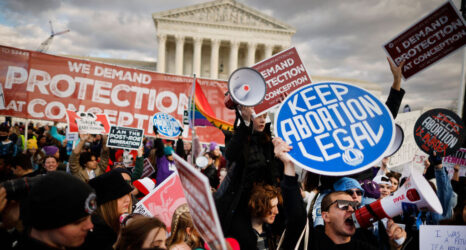 The Supreme Court Dobbs Leak Never Really Mattered. They Just Told Us So.