CNN’s Brooke Baldwin wants 2018 to be the “Year of the Woman.” And in a new digital series for the network, she does her part in making that possible by telling the stories of eight game-changing women who have shattered glass ceilings and stereotypes. In interviews with iconic figures ranging from Ava DuVernay to Betty White, Baldwin seeks to uncover the answer to an impossible question: What makes someone an American woman?

The series is primarily web-based. It’s so shareable and so accessible. Are you hoping this is going to help bring these strands of women’s history out and add to the growing conversation?

I don’t necessarily have a goal with this series, I just want to have a natural conversation with women. I chose eight phenomenal recognizable women for this first series [Diane von Furstenberg, Ava DuVernay, Ashley Graham, Issa Rae, Sheryl Crow, Tracy Reese, Betty White and Pat Benatar] and I want to broaden this out eventually to everyday, extraordinary women. You know, I want my sister’s in law’s best girlfriend to send a video, I want women I’ve never heard from to send videos. I even sat as a viewer with my mom a couple weeks ago; we sat and watched and she just kept saying, “let’s watch another one, let’s watch another one.” And I’m so hoping that’s how people take it in. We’re such a binge watch culture, myself included and guilty. The segments are very digestible, they’re six, seven, eight-minute pieces [and] then I want to hear from women. I have no idea what women will say, I’m purposely keeping it open-ended.

This series had a profound effect on me, shooting in 2017. When you watch these women, and I purposely picked women who shattered their own glass ceilings, but my prerequisite was “Who are you reaching back to and helping?” I want women whose names you and I may not recognize to watch these and think, “Oh wow. Ava DuVernay had a hard time becoming a director when no one really knew her name, and look what she’s done now. Or, Diane von Furstenberg is this sexy, smart maven of a fashion designer whose dress is iconic, but went through some real struggles. I just hope they’re relatable and inspirational for everyone.

You don’t shy away from the personal in this series. During the segment with Sheryl Crow, you talk about how hers were some of the first songs you learned when you started playing guitar, and that’s one of several moments where you let viewers into how these women have played parts in your personal story.  Were the women in the series specifically people you said, “I want to create this and I want them to be part of it?”

I very intentionally selected these eight women because I am a genuine fan [of theirs]…I’m also going to credit my producers, Cullen Daly, and our digital lab team for connecting the dots. They would be like “Wait, why are you picking Pat Benatar?  …And I’d say “I totally remember rocking out to Pat on the radio years ago as a little girl.” As a journalist, it doesn’t come naturally for me to use “I”, but it was their idea to make it personal and I hope it works for people watching.

Does putting a more personal side of yourself into this project feel different to you, as someone’s whose job it is to be personally removed from the stories you report?

It totally does. It’s funny, I sit on the air every day for two hours and I hope to present myself as authentic, but it’s a different thing when I’m opening myself up in these pieces, just as a woman. Showing folks me and my awkward self with my first acoustic guitar at age sixteen, with my learner’s permit in my mouth—it’s very personal! There’s a picture of me as a young anchor in West Virginia… Nearly all of my producers are female, it was their idea to do that. I’m curious to hear how people react to it. In order for me to show America and the world a genuine series of inspiration, I think I just need to be real with women. I didn’t want to fully have my reporter hat on and interview these women, and I think, I hope, it makes the series more poignant.

What was the development process like getting this from an idea to launch day?

I was sitting on my bed in New York City on a weekend in December. I was sort of taking a minute after the whirlwind of covering the 2016 election, which was an extraordinary year. I remember sitting there on my laptop [and] my best girlfriend had posted about a New Yorker article on Facebook that referenced this [Women’s March] happening in Washington, D.C. in January. Thinking back, people were saying “Well, is it just going to be a couple of hundred women? Maybe a thousand?” And something clicked in that moment.

I’d covered the election and I’d listened to all these female voices and I think it was a lot of young women who had never been as fully engaged in politics before. Some of them were hoping for history to be made and for the first female president. Some were at Bernie Sanders rallies because they [thought], “No big deal, this is going to happen in my lifetime, we’re going to see a woman president.” I had all these feelings and thoughts and data points swirling and [the Women’s March] was really the beginning of my “aha!” moment. I initially presented it as something we would do strictly on television. Then, I realized there’s so much more space digitally—and I’d never done digital before, so this is totally new to me.

[The CNN digital team] knew I was keen to do something online and then all of a sudden Cullen Daly, who is this SEAL Team Six of digital magic [became attached to the project] and we just had this meeting of minds. I’d look around some of these shoots; we had women behind the camera on some shoots, we had a female editor, we had female producers. Unintentional, but we were all on the same page, and we just all had this same belief that something special was happening with women. We shot it in my “free time” and the idea was to shoot the segments in significant locations where these women felt their gender. Like, Pat Benatar, we took to Madison Square Garden because she remembers being told women wouldn’t sell out an arena. Or Issa Rae took us to Harlem, where her [apartment] was broken into and that’s what led to her needling in her journal and putting the two words  “awkward” and “black” together and begat her incredible series on YouTube. Of course, I had no idea that #MeToo was going to happen, but it just all came together in a special moment for women.

What is your hope—for the future of this project and for this moment?

I want to instill belief and encouragement in every single woman and girl who watches this series, [for them] to think about the struggles that these incredibly successful women had and think, “OK, these women had X, Y and Z difficulties in their life, health, career and managed to succeed. Not to mention, Pat and Sheryl [talking about their experiences with sexual harassment]. I want everyday women to walk away from this series saying, “I want to kick some ass.”

On a personal level, these women have seeped into my unconscious in a way where I’ll have moments where, if I have a difficulty in my own life, I will actually think, “Well, what would Ava do?” These women have inspired me. I have always had a voice and I’m incredibly fortunate to have a platform where I can speak up and speak out. But I think these women have given me a little more confidence, a little more edge, to use my voice a little more loudly. I have a special feeling that something extraordinary is going to happen with women in the national conversation.

How would you complete the series’ signature question: “I am an American Woman because…”

I’m Brooke Baldwin and I’m an American Woman because I believe in encouraging other women, pushing myself outside my comfort zone and becoming the best version of myself I can be.

American Woman is available in its entirety on CNN’s digital platform and CNNgo apps. Segments will be featured every Wednesday from January 3 to February 28 during the 2 p.m. edition of CNN Newsroom.

Lauren Young is a Ms. contributor. She has a Master’s Degree in European and Russian Studies from Yale University and a Bachelor’s Degree in Government and Russian Civilization from Smith College. Follow her on @thatlaurenyoung. 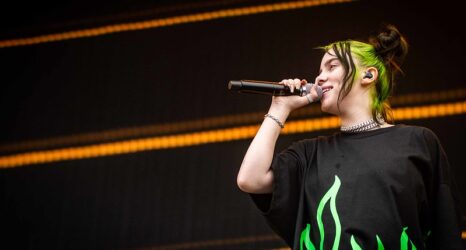 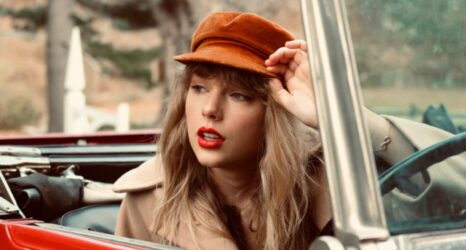