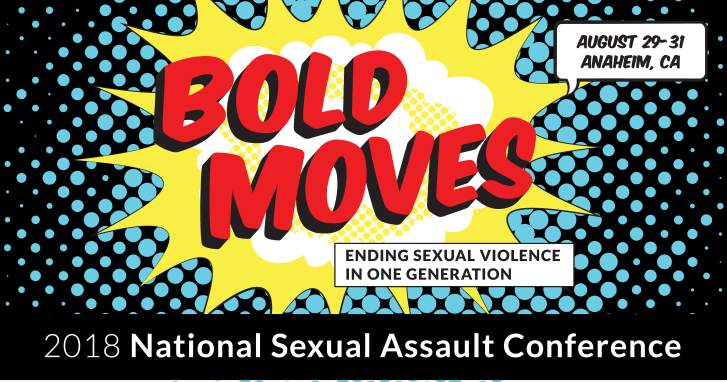 Ms. is a proud media sponsor of the 2018 National Sexual Assault Conference, co-hosted by the California Coalition Against Sexual Assault, the Pennsylvania Coalition Against Rape and the National Sexual Violence Resource Center. This year’s NSAC theme is “Bold Moves: Ending Sexual Violence in One Generation.” Leading up to the event, we’ll be posting pieces by presenters and major speakers highlighting their plans to make those moves right here on the Ms. blog. Click the banner image above or this link for more Bold Moves posts.[/caption]

In 2012, a group of labor organizers, anti-violence advocates and attorneys in Chicago convened to talk about workplace sexual violence impacting low-wage workers. It was a time before 12 million survivors would share their stories through a viral hashtag—when mostly anecdotal evidence supported that sexual violence ran widespread across low-wage industries.

Domestic workers and organizers at this meeting disclosed they had experienced sexual violence for years but never shared their stories because they lacked a safe space to do so in the labor movement. Sexual assault advocates described difficulty in knowing how to help survivors navigate this issue that crossed into the sphere of labor. Attorneys described challenges in representing these survivors, many of whom did not pursue lawsuits out of deep fear, shame and stigma.

As we shared our challenges, it became clear that workplace sexual violence was symptomatic a larger structural problem, intersecting with gender, race and class. Sexual violence in low-wage workplaces forced countless of survivors into unthinkable corners, having to choose between providing for their families and their personal safety. With three out of four survivors never disclosing violence, many felt they had no choice at all.

It was also clear that sexual harassment was particularly pervasive in low-wage industries where two-thirds of the workforce are women, and half are women of color. For many of these workers, they were—and still are—more likely to experience sexual violence in the workplace than to receive a promotion.

Seeing a lack of a coordinated response amongst our movements and hearing the urgency of workers at the table motivated us to work collectively to address these gaps, forming the Coalition Against Workplace Sexual Violence—the first cross-sector coalition in the country, building solidarity across the labor and anti-violence movements to tackle this problem impacting more than half of all low-wage workers. 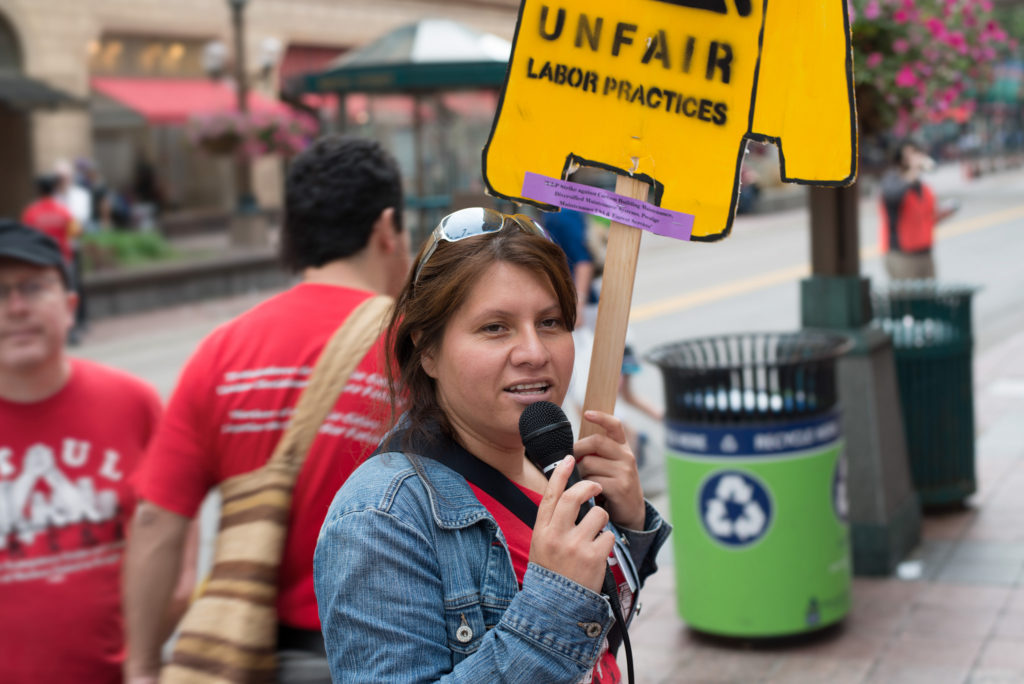 Janitors, in chorus with the Ya Basta! coaliton, protest outside of a Target in 2013. (Fibonacci Blue / Creative Commons)[/caption]

Like the beginnings of the healing process, the coalition created a space for low-wage workers to explore the root causes of gender-based violence, learn about existing tools and protections and build skills to become allies to survivors in their communities. From these trainings, hundreds of low-wage workers began to connect their individual experience with the larger political reality of institutionalized patriarchy, recognizing how sexual violence in the workplace is not “just part of the job” and understanding for the first time that they were not alone.

Workers left trainings feeling ignited, asking how they could stop the violence from happening. Survivors also voiced a need to be recognized as the experts so they can fight sexual violence in their communities and push for meaningful solutions that respond to the realities of their lived experiences. Responding to this call to action, in 2016 two of the Coalition’s co-founders formed Healing to Action, an organization dedicated to building the leadership of low-wage workers and uniting the labor and anti-violence movements behind their leadership.

Documentaries like Rape in the Fields inspired similar coalitions to form across the country. One of these initiatives include the Ya Basta! Coalition, a collaboration between the Service Employees International Union United Service Workers West (SEIU), California anti-violence organizations and janitorial workers.

In response to the documentary Rape on the Night Shift, the Ya Basta! Coalition formed to develop a grassroots campaign to advance California legislation that requires sexual harassment training for all employers in the janitorial industry and strengthens protections to stop bad actors. By centering its efforts on the voices of those most impacted and combining healing with organizing, this campaign successfully passed this legislation, lifting up the leadership of janitorial workers who are now a powerful force in the fight to combat gender-based violence in their communities.

The rise of #MeToo has only amplified the need for more intersectional frameworks that incorporate meaningful grassroots collaborations with low-wage workers to unroot the status quo of rape culture. These collaborations mark the beginning of a promising transformation for both the labor and anti-violence movements who over the years, lost touch with their grassroots beginnings.

In an age where legislative bills and Supreme Court decisions threaten to eliminate anti-violence services and gut the power of labor unions, these innovative collaborations galvanize the people with the most to lose as a result of these oppressive policies and build their leadership so they can become lifelines in their communities to isolated survivors, collectively hold decision-makers accountable and drive a critical cultural shift to ensure true economic, racial and gender equity.

Karla Altmayer is a Chicago labor and immigration attorney and SheSource expert. She is a co-founder of Healing to Action and the Coalition Against Workplace Sexual Violence. Karla is presenting more about intersectional collaborations between the anti-violence and labor movements at the 2018 National Sexual Assault Conference.