How to #CancelKavanaugh in Three Easy Steps - Ms. Magazine
Skip to content

The Senate today voted 51-49 to advance Brett Kavanaugh’s nomination to the Supreme Court, despite mounting sexual assault allegations against the D.C. Circuit Judge and feminist outcry over the FBI’s incomplete investigation into such claims.

Kavanaugh’s record alone is reason for feminists to oppose his nomination. If confirmed, he would be the fifth vote to overturn Roe v. Wade, the landmark ruling that legalized abortion nationwide. His seat on the Court would impact women’s rights, civil rights and LGBTQ rights for an entire generation, and his previous decisions show that he is hostile toward abortion and birth control access and on the side of corporate interests.

In a speech on the Senate floor today, Dianne Feinstein urged her colleagues to oppose Trump’s pick to replace Justice Anthony Kennedy on the Court—not just because of the allegations against him, but because of how he responded to them. “At the hearing last week we saw a man filled with anger and aggression,” she declared, referencing Kavanaugh’s testimony before the Judiciary Committee regarding Dr. Christine Blasey Ford’s allegations that he attempted to rape her in high school. During the hearings, Kavanaugh dismissed the allegations against him, interrupted and insulted the Senators on the body and participated in a disgusting display of hostile sexism that sparked outrage nationwide.

Feinstein then submitted a letter from 2,400 law professors opposing Kavanaugh’s nomination to the record. “We have differing views,” the letter states, “but we are united, as professors of law and scholars of judicial institutions, in believing that [Kavanaugh] did not display the impartiality and judicial temperament requisite to sit on the highest court of our land.”

Feinstein also reminded her colleagues of Kavanaugh’s previous statements about presidential power, which have left many concerned about how his confirmation would impact the Mueller investigation into Russian collusion in the 2016 election. Senate Minority Leader Chuck Schumer, who took the floor after her, echoed the sentiment. “Let no American be surprised,” he declared, “if Judge Kavanaugh becomes the deciding vote to restrict the rights of the American people while expanding the privileges of the man who nominated him.”

Tomorrow, Senators will submit their final votes on Kavanaugh’s nomination. That means there’s still time to join the fight to stop his confirmation. It only takes five minutes of your time, and it’s as easy as 1-2-3.

While you’re at it, write that number down on a post-it note and stick it to your refrigerator. It’s the Capitol Switchboard, and you should be calling it every day with your concerns about the Trump administration’s efforts to roll back progress. Today, though, you should dial it and ask to be connected to your Senator.

It has been devastating to watch the devaluation of the lives and experiences of women and all survivors on the national stage. Being credibly accused of sexual assault should be disqualifying from public office, and survivors deserve more than a half-baked and insultingly shallow investigation, a president who mocks their stories and a Supreme Court nominee who is hostile and belligerent to women.

From health insurance coverage for people with pre-existing conditions to reproductive rights, I know that the lives of millions are at stake with this nomination. As someone who will be impacted by this decision for decades, I need senator __________ to vote NO on Brett Kavanaugh’s confirmation.

Step #3: Repeat and amplify as needed.

Call back and ask to be connected to your other Senator. Click here to go on Twitter and retweet this script. Share your own scripts with the hashtag #CancelKavanaugh and #StopKavanaugh. Tell your friends to join you, and make sure they’re dialing their representatives, too. And when you think you’ve done all you can, pick up the phone and try again—or take to the streets and shout it all out loud.

The push to reject Kavanaugh’s nomination is a battle for the rights and dignity of survivors, a movement to define our country’s values, a fight to defend the gains we’ve won in the last century and a pivotal moment for the future of our democracy.

Don’t stop calling. Don’t stop fighting. We are the majority, and we can still win this thing. 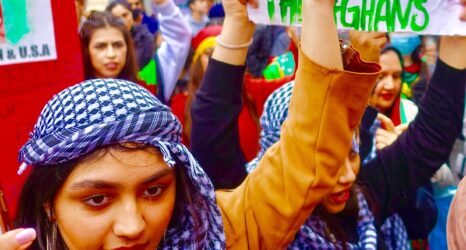