State of the Indignation: Behind-the-Scenes of a New Series Poking Fun at the Political Climate - Ms. Magazine
Skip to content

After the 2016 presidential election, Los Angeles-based sisters Marian and Melissa Harkness got together with friends and began joking around about starting a revolution and leaving the country. That conversation inspired the sibling producers to create Indignation, a new comedy web series that will provide women across the country with the comic relief they need in the midst of ongoing political fights for their rights and their lives.

Indignation depicts the challenges that come when three hilarious characters—an over-the-top humanitarian played by Lyssa Mandel, an over-exaggerated wealthy housewife played by producer Melissa Harkness and an ex-political aide from Washington D.C. played by Philip Casale—put themselves at the helm of a brand-new country.

The three squabble over its name, its flag, its constitution and who to make its president—and viewers get to revel in their antics in six short and sweet episodes. 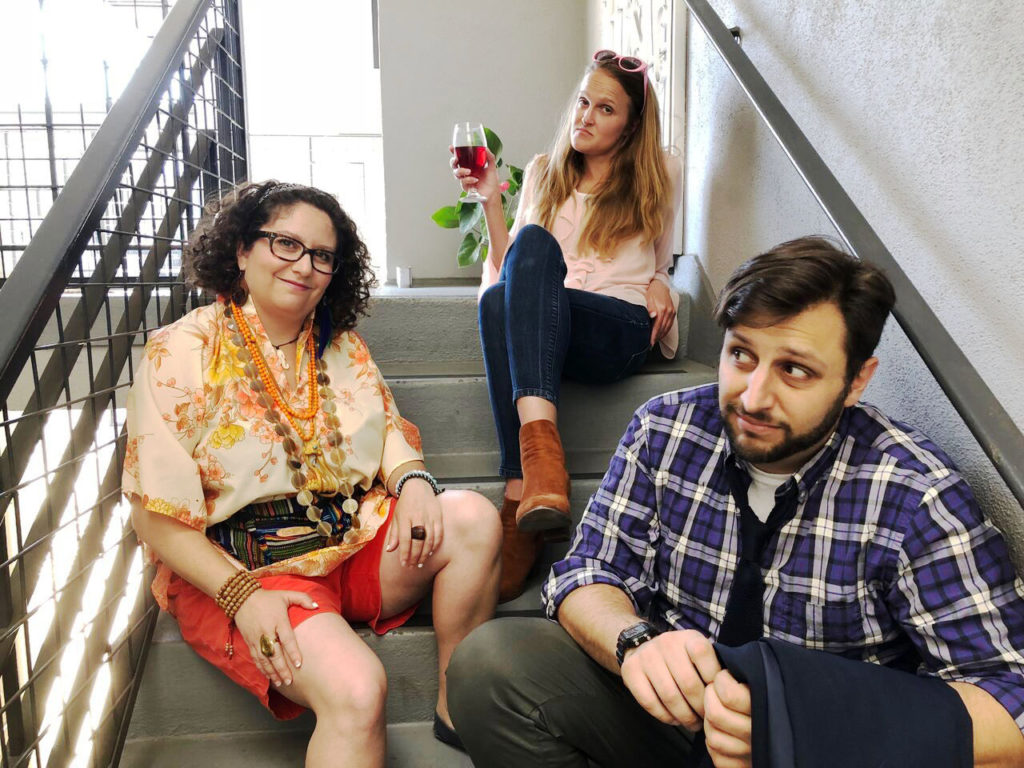 With a storyline that “focuses on the idea that it is really difficult to start a country and please everyone,” Melissa explained to Ms. that the duo also wanted to try, through the show, “to be funny and give levity to people who need to laugh right now.”

Marian also pointed out that the pair wanted most of all to make fun of the divisions growing between both sides of the political spectrum. Melissa and Mandel playfully represent both sides of that spectrum in Indignation—with Melissa poking fun at the privilege of her own exaggerated character and Mandel playing up the caricature of a social justice warrior. “All of the characters were intended to be comedic relief of people we see in society, not indented to be realistic,” Melissa explained. “It sends a message that we can all laugh at ourselves no matter where we fall on the political spectrum.”

The show’s plot purposefully forces those two characters to communicate—an image that might resonate with anyone looking ahead to the holiday season and dreading the dinner table conversation in the wake of #MeToo, the Kavanaugh hearings and the slew of negative news coming from the Trump administration.

“In arguing about how to solve the problem, we forget that we all agree on these fundamental core things that we don’t want to happen,” Melissa observed. “I love the moments where we could all come together and be like yeah, maybe these people aren’t devils.”

“It’s clearly a dark time that we’re going through,” Mandel added, “and I just feel like we’d all really be better served to listen to each other and do a better job of communicating with each other than the characters do in Indignation.” 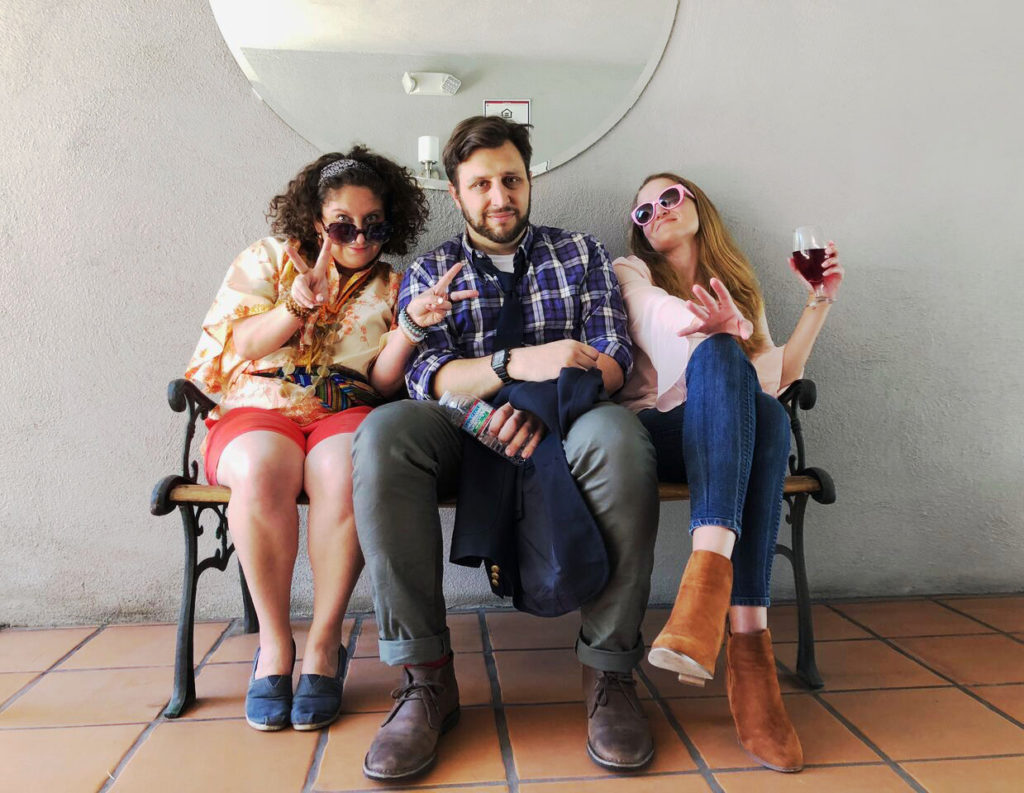 Marian and Melissa each bring different production experiences to IndigNation: Marian works at a commercial production company, which helps get them the insider knowledge they need about how to get gear for the lowest possible cost and how many people are needed on a set; Melissa has an academic history in creative writing and wrote the entire series herself.

But the two shared a common motivation in making the series: proving that women can be funny as actors, writers and producers. “Having two female protagonists, right now, it’s important,” Melissa told Ms., noting that viewers are often surprised to learn that she was the writer behind the comedic flourishes they see on-screen. “A lot of people still believe that women aren’t funny, and we want to break down that idea, and have shows where women make the jokes, not just be the pretty faces.” Marian and Melissa use the odds stacked against them as fuel, they declared that they’re “pleasantly surprised” to report that the majority of comments on the series episodes thus far have been positive—a rarity for the digital age, and especially on YouTube.

The duo also want to imbue confidence in other women who want to get into the business of creating funny stuff. “It’s not impossible,” Marian said. “Do it if you love it and are passionate about it. It’s not glamorous like people think, but it’s worth it to get an amazing product but you gotta believe in it. You can’t go in half hearted.”

Melissa echoed the sentiment. “I’m hoping that they will see that there’s a place for them in comedy, and that you can write and produce your own stuff. You can play zany characters, you can go outside the box,” she insisted. “Lyssa [Mandel] and I do a good job of being the fun characters on the web series, and women need to know that they can write themselves as the fun characters.”

Mandel also hopes that women begin making themselves heard—on- and off-screen. “I hope that they will continue to raise their voices in protest of what they think is unjust and to keep a sense of humor while doing it,” she told Ms., “because I think humor makes everybody healthy and happier.”

“Both of these women [in the show], for all the things you can say about them—they are not shy, they are bold, and, even if you don’t agree with my character’s opinion, which most of us won’t, she’s still putting it out there!” Melissa added. “You have a voice, you don’t have to be quiet and you have a seat at the table.” 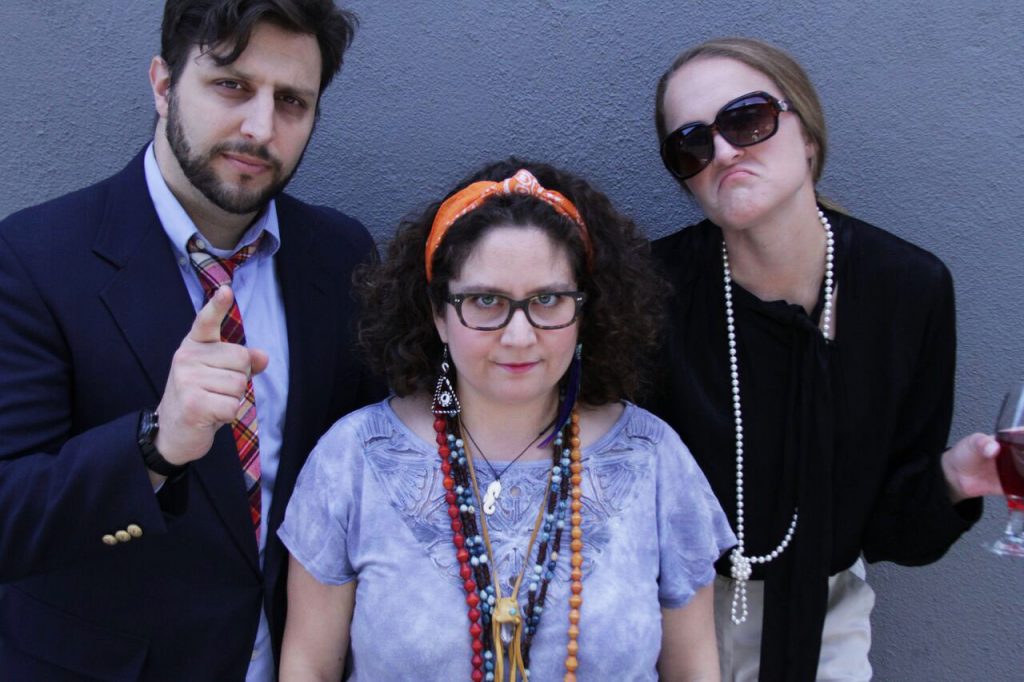 Marian, Melissa and Mandel also want activists watching the series to stay firm and keep resisting—and not just because writing a constitution is really, really hard.

“I do think a lot of people since the Trump election want to leave the country, and I really think the world needs to understand that leaving isn’t always the solution,” Melissa explained. “You have to stay and fight. There are a lot of good people in this country, we can stay and fight. We are capable of change and leaving isn’t the best option, I think there’s a way we can change this country for the better.”

Marian agreed. “Keep fighting,” she said in a message to Ms. readers. “If there’s a chance to change things, then we can do that from within. Of all the times to stand our ground, it’s now.”